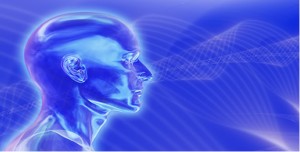 The more one researches mind control, the more one will come to the conclusion that there is a coordinated script that has been in place for a very long time with the goal to turn the human race into non-thinking automatons.  For as long as man has pursued power over the masses, mind control has been orchestrated by those who study human behavior in order to bend large populations to the will of a small “elite” group.

Today, we have entered a perilous phase where mind control has taken on a physical, scientific dimension that threatens to become a permanent state if we do not become aware of the tools at the disposal of the technocratic dictatorship unfolding on a worldwide scale.

Modern mind control is both technological and psychological.  Tests show that simply by exposing the methods of mind control, the effects can be reduced or eliminated, at least for mind control advertising and propaganda.  More difficult to counter are the physical intrusions, which the military-industrial complex continues to develop and improve upon.

1. Education – This is the most obvious, yet still remains the most insidious.  It has always been a would-be dictator’s ultimate fantasy to “educate” naturally impressionable children, thus it has been a central component to Communist and Fascist tyrannies throughout history.  No one has been more instrumental in exposing the agenda of modern education than Charlotte Iserbyt — one can begin research into this area by downloading a free PDF of her book, The Deliberate Dumbing Down of America, which lays bare the role of Globalist foundations in shaping a future intended to produce servile drones lorded over by a fully educated, aware elite class.

2. Advertising and Propaganda – Edward Bernays has been cited as the inventor of the consumerist culture that was designed primarily to target people’s self-image (or lack thereof) in order to turn a want into a need.  This was initially envisioned for products such as cigarettes, for example.  However, Bernays also noted in his 1928 book, Propaganda

, that “propaganda is the executive arm of the invisible government.” This can be seen most clearly in the modern police state and the growing citizen snitch culture

, wrapped up in the pseudo-patriotic War on Terror.  The increasing consolidation of media has enabled the entire corporate structure to merge with government, which now utilizes the concept of  propaganda placement. Media; print, movies, television, and cable news can now work seamlessly to integrate an overall message which seems to have the ring of truth because it comes from so many sources, simultaneously.  When one becomes attuned to identifying the main “message,” one will see this imprinting everywhere.  And this is not even to mention subliminal messages.

3. Predictive Programming – Many still deny that predictive programming is real.  I would invite anyone to examine the range of documentation put together by Alan Watt and come to any other conclusion.  Predictive programming has its origins in predominately elitist Hollywood, where the big screen can offer a big vision of where society is headed.  Just look back at the books and movies which you thought were far-fetched, or “science fiction” and take a close look around at society today.  For a detailed breakdown of specific examples, Vigilant Citizen is a great resource that will probably make you look at “entertainment” in a completely different light.

4. Sports, Politics, Religion – Some might take offense at seeing religion, or even politics, put alongside sports as a method of mind control.  The central theme is the same throughout: divide and conquer.  The techniques are quite simple: short circuit the natural tendency of people to cooperate for their survival, and teach them to form teams bent on domination and winning.  Sports has always had a role as a key distraction that corrals tribal tendencies into a non-important event, which in modern America has reached ridiculous proportions where protests will break out over a sport celebrity leaving their city, but essential human issues such as liberty are giggled away as inconsequential.  Political discourse is strictly in a left-right paradigm of easily controlled opposition, while religion is the backdrop of nearly every war throughout history.

5. Food, Water, and Air – Additives, toxins, and other food poisons literally alter brain chemistry to create docility and apathy.  Fluoride in drinking water has been proven to lower IQ; Aspartame and MSG are excitotoxins which excite brain cells until they die; and easy access to the fast food that contains these poisons generally has created a population that lacks focus and motivation for any type of active lifestyle.  Most of the modern world is perfectly groomed for passive receptiveness — and acceptance — of the dictatorial elite.  And if you choose to diligently watch your diet, they are fully prepared to spray

the population from the above.

6. Drugs – This can be any addictive substance, but the mission of mind controllers is to be sure you are addicted to something.  One major arm of the modern mind control agenda is psychiatry, which aims to define all people by their disorders, as opposed to their human potential.  This was foreshadowed in books such as Brave New World

.  Today, it has been taken to even further extremes as a medical tyranny has taken hold where nearly everyone has some sort of disorder — particularly those who question authority.  The use of nerve drugs in the military has led to record numbers of suicides.  Worst of all, the modern drug state now has over 25% of U.S. children on mind-numbing medication.

7. Military testing – The military has a long history

as the testing ground for mind control.  The military mind is perhaps the most malleable, as those who pursue life in the military generally resonate to the structures of hierarchy, control, and the need for unchallenged obedience to a mission.  For the increasing number of military personal questioning their indoctrination, a recent story highlighted DARPA’s plans for transcranial mind control helmets that will keep them focused.

8. Electromagnetic spectrum  – An electromagnetic soup envelops us all, charged by modern devices of convenience which have been shown to have a direct impact on brain function.

In a tacit admission of what is possible, one researcher has been working with a “god helmet” to induce visions by altering the electromagnetic field of the brain.

Our modern soup has us passively bathed by potentially mind-altering waves, while a wide range of possibilities such as cell phone towers is now available to the would-be mind controller for more direct intervention.

9. Television, Computer, and “flicker rate”– It’s bad enough that what is “programmed” on your TV (accessed via remote “control”) is engineered; it is all made easier by literally lulling you to sleep, making it a psycho-social weapon.    Flicker rate tests show that alpha brain waves are altered, producing a type of hypnosis — which doesn’t portend well for the latest revelation that lights can transmit coded Internet data  by “flickering faster than the eye can see.”  The computer’s flicker rate is less, but through video games, social networks, and a basic structure which overloads the brain with information, the rapid pace of modern communication induces an ADHD state.  A study of video games revealed that extended play can result in lower blood flow to the brain, sapping emotional control.  Furthermore, role-playing games of lifelike war and police state scenarios serve to desensitize a connection to reality.  One look at the WikiLeaks video Collateral Murder should be familiar to anyone who has seen a game like Call of Duty.

10. Nanobots – From science fiction horror, directly to the modern brain; the nanobots are on the way.  Direct brain modification already has been packaged as “neuroengineering.” A  Wired article from early 2009 highlighted that direct brain manipulation via fiber optics is a bit messy, but once installed “it could make someone happy with the press of a button.”  Nanobots take the process to an automated level, rewiring the brain molecule by molecule.  Worse, these mini droids can self-replicate, forcing one to wonder how this genie would ever get back in the bottle once unleashed. Expected date of arrival?  Early 2020?s.

A concerted effort is underway to manage and predict human behavior so that the social scientists and the dictatorial elite can control the masses and protect themselves from the fallout of a fully awake free humanity. Only by waking up to their attempts to put us to sleep do we stand a chance of preserving our free will.