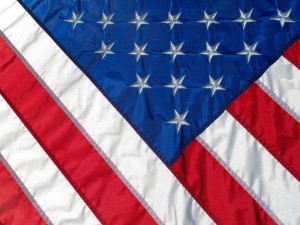 A lot of people around the world have ideas of what America is like, possibly thanks to Hollywood, or their local news channels, and maybe from what they’ve heard from families and friends. But then, they came here, to the grand old United States and their minds exploded.

I am originally from Bangladesh and here are a few things that I find hard to explain to peeps back home.

Okay, so I know that there’s loads of answers here, and I couldn’t read all of them, so I’d probably be repeating some points. I’ll mention that I’m from India and that I’m writing from an Indian point of view, and what struck me as unusual based on what notions I’d built up after watching so much Hollywood and TV series.

I am American but my family immigrated here from Guyana during the 1970s, 1980s and 1990s. Here are some things they are surprised by:

My mom just gave me some interesting ones.

I’m from Russia. Below are a few things I almost always have to explain or discuss with visitors from Russia.

When my husband moved here (to Canada) he was a Chilean living in Spain. When he first arrived, he couldn’t believe how little we had to work for such money, and how we had the audacity to complain about being “overworked.” He was surprised that he could make enough to pay bills, buy groceries, pay rent, and still afford a social life and luxuries like our xbox while working as a pizza chef. Back home, he was working 12-16 hour days 6 days a week, with an extra 6 hour shift on Sundays, and he was making half as much. He had to work 8 months (while living with his mother) to afford the ~$4000 that constituted his plane tickets and first two months living expenses.

Now, he is lazy and entitled like the rest of us.

When I taught overseas for a couple years (South Pacific island nation), this is what my close friends expressed disbelief over:

My Russian in-laws were shocked when they found out that we get packages left on our doorstep and no one steals them.

They were also shocked by buffets. My father-in-law told everyone back in Moscow, “No, really! You just pay to enter!”

I’ve had many long talks with refugees, recent immigrants and international students. Each had a personal perspective (individuals from same town still have unique perceptions), as well as a culturally driven perspective (different countries but similar socioeconomic backgrounds and ideologies). The one thing in common that all of them shared was a tendency to not understand the nature of the friendships/relationships they were making when they first arrived. A lot of hurt feelings and misunderstandings because of the sometimes shallow nature of American social interaction.

Yes, they’d meet with a lot of friendliness and amicable treatment, but there was a bit of cold water splashed in their faces as they assumed it was the beginning of a real friendship, and they’d seek the person out for activities, interaction, etc. A lot of Korean, Japanese, West African, and Middle Eastern folks said the same things: they thought they were making friends but they turned out to be arms-length acquaintances. Several expressed that they started to feel that the initial friendliness was phony or superficial. Fortunately, not all of their relationships went this way, and they often met great new real friends.

Here in this discussion, others have responded that they were surprised that Americans live so far from family. These interpersonal issues may be related: perhaps the depth of relationships aren’t as strong here, and bonds quickly forged are more easily broken. I don’t know.
I do remember a Nigerian friend expounding on this by asking me, “If I woke you up in the middle of the night and asked you to come with me, what would you say?”

“You see,” he said. “My friends from my village would come with me, and on the way would ask, ‘Ade, where are we going?’”

It’s not that I didn’t believe, but it’s more things I didn’t expect or couldn’t anticipate before coming here (I’m from Portugal). My experience is limited to Boston and in particular MIT which can congregate some odd folks:

My husband is Canadian. He has lived in the U.S. since he was 23, when we got married. He was born in Scotland and grew up in Ontario, first near Toronto then outside Windsor as a teenager. His parents have lots of friends that are British immigrants to Canada so his upbringing was heavily influenced by that culture. We live near the Canadian border, so it’s not uncommon for Canadians to commute to the Detroit area for work.

Here are the things that still still surprise him:

I’ve lived in Germany for a few years from what my German friends have told me:

Wooden houses. In Germany you only build a house out of wood if you are poor or trying to make some sort of environmental statement.

The sheer size. Tried to explain to a friend that my state takes 6 hours to drive across at 120kmh and that it’s not even the biggest state. A few told me driving through the plains area made them a bit agoraphobic.

Funny thing, I told them the name of the state I came from and they gave me a blank look. I told them that it bordered California and instantly they said “CALIFORNIA!” They then asked if I had ever been to Hollywood and seen celebrities. They couldn’t comprehend how far away I live from Hollywood and that I’ve never seen a celebrity.

I’m originally from Sweden, and I have to admit that I first mis-remembered this question as being about what makes the US different from other countries. Since it’s about what foreigners will not believe until they go there, which is a much harder question to answer, I’ll just do a flow of consciousness thing here.

And first something about where you’re from. I notice that many answers tend to be on the form of “things work” and “it’s so rich” for people from developing countries. Being from a developed country myself, that’s not what I found hard to believe before I came here. Rather: