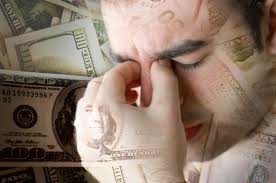 In America tonight, tens of millions of men and women will struggle to get to sleep because they are stressed out about not making enough money even though they are working as hard as they possibly can. They are called “the working poor”, and their numbers are absolutely exploding.

Sadly, the percentage of low-paying jobs in our economy continues to increase with each passing year, so this is a problem that is only going to get worse.  So don’t look down on the working poor.  The good-paying job that you have right now could disappear at any time and you could end up joining their ranks very soon.

#1 According to the U.S. Census Bureau, more than 146 million Americans are either “poor” or “low income”.

#2 According to the U.S. Census Bureau, 57 percent of all American children live in a home that is either “poor” or “low income”.

#3 Back in 2007, about 28 percent of all working families were considered to be among “the working poor”.  Today, that number is up to 32 percent even though our politicians tell us that the economy is supposedly recovering.

#5 In Arkansas, Mississippi and New Mexico, more than 40 percent all of working families are considered to be “low income”.

#6 Families that have a head of household under the age of 30 have a poverty rate of 37 percent.

#8 At this point, one out of every four American workers has a job that pays $10 an hour or less.

#9 Today, the United States actually has a higher percentage of workers doing low-wage work than any other major industrialized nation.

#10 Median household income in the United States has fallen for four consecutive years.

#14 According to the U.S. Census Bureau, the middle class is taking home a smaller share of the overall income pie than has ever been recorded before.

#15 There are now 20.2 million Americans that spend more than half of their incomes on housing.  That represents a 46 percent increase from 2001.

#18 According to one survey, 77 percent of all Americans are now living paycheck to paycheck at least part of the time.

#19 Millions of working poor families in America end up taking on debt in a desperate attempt to stay afloat, but before too long they find themselves in a debt trap that they can never escape.  According to a recent article in the New York Times, the average debt burden for U.S. households that earn $20,000 a year or less “more than doubled to $26,000 between 2001 and 2010“.

#21 According to the Economic Policy Institute, the wealthiest one percent of all Americans households on average have 288 times the amount of wealth that the average middle class American family does.

#22 In the United States today, the wealthiest one percent of all Americans have a greater net worth than the bottom 90 percent combined.

#23 According to Forbes, the 400 wealthiest Americans have more wealth than the bottom 150 million Americans combined.

#24 The six heirs of Wal-Mart founder Sam Walton have a net worth that is roughly equal to the bottom 30 percent of all Americans combined.

#26 The average CEO now makes approximately 350 times as much as the average American worker makes.

#29 The number of families in the United States living on 2 dollars a day or less more than doubled between 1996 and 2011.

#30 The number of Americans on food stamps has grown from 17 million in the year 2000 to more than 47 million today.

#32 More than one out of every four children in the United States is enrolled in the food stamp program.

#33 Incredibly, a higher percentage of children is living in poverty in America today than was the case back in 1975.

#34 If you can believe it, the federal government hands out money to 128 million Americans every single month.

#35 Federal spending on welfare has reached nearly a trillion dollars a year, and it is being projected that it will increase by another 80 percent over the next decade.

This article first appeared here at the Economic Collapse Blog.