DICED is UN’s Environmental Constitution for the World 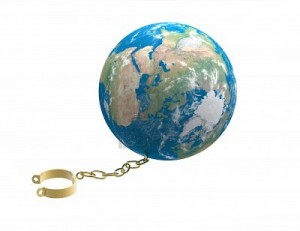 I am sure there are many Americans who have no idea nor care what “The Draft International Covenant on Environment and Development” (DICED) is. They should. Some call the Draft Covenant “Agenda 21 on steroids” while others see it as the Environmental Constitution of global governance.”

The first version of the Covenant was presented to the United Nations in 1995 on the occasion of its 50th anniversary. It was hoped that it would become a negotiating document for a global treaty on environmental conservation and sustainable development.

The fourth version of the Covenant, issued on September 22, 2010, was written to control all development tied to the “the highest form of law for all human activity.’

The Covenant’s 79 articles, described in great detail in 242 pages, take Sustainable Development principles described in Agenda 21 and transform them into global law, which supersedes all constitutions including the U.S. Constitution. All signatory nations, including the U.S., would become centrally planned, socialist countries in which all decisions would be made within the framework of Sustainable Development.

The Draft Covenant is a blueprint “to create an agreed single set of fundamental principles like a ‘code of conduct’ used in many civil law, socialist, and theocratic traditions, which may guide States, intergovernmental organizations, and individuals.”

The writers describe the Covenant as a “living document,” a blueprint that will be adopted by all members of the United Nations.  They say that global partnership is necessary in order to achieve Sustainable Development, by focusing on “social and economic pillars.” The writers are very careful to avoid the phrase, “one world government.” Proper governance is necessary on all levels, “from the local to the global.” (p.36)

The Covenant underwent four writings, in 1995, 2000, 2004, and 2010, influenced by the Johannesburg World Summit on Sustainable Development, by ideas of development control and social engineering by the United Nations, “leveling the playing field for international trade, and having a common basis of future lawmaking.”

Since this Draft Covenant has a Preamble and 79 articles, it is obviously intended to be a world constitution for global governance, an onerous way to control population growth, re-distribute wealth, force social and “economic equity and justice,” economic control, consumption control, land and water use control, and re-settlement control as a form of social engineering.