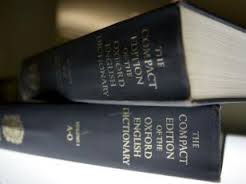 We’ve just added some srsly buzzworthy words to our online dictionary – squee! With influences ranging from technology to fashion, there is something for everyone in the update.

If you are someone who always leaves prepping for a party to the last minute, you’ll be relieved to know that you can now click and collect, so you can avoid a mad trolley dash to grab some cake pops or blondies before your guests arrive. And don’t forget some pear cider to wash down all those tasty treats.

Even if your party turns into an omnishambles, full of people in double denim doing dad dancing, try not to worry. You’ll soon feel better after a bit of me time: a few minutes in the child’s pose, a chilled michelada, and a Nordic noir will have you feeling as right as rain.

The additions may have only just entered the dictionary, but we’ve been watching them for a while now, tracking how and where they are used. Two of the words to make their debut in the dictionary, selfie and phablet both featured on our Words on the radar post back in June 2012. At the time, selfie featured primarily in social media contexts, but had attracted media attention after Hillary Clinton apparently used the word in a text message to the owner of a Tumblr dedicated to an image of her texting.

Omnishambles, which is new this quarter, was Oxford Dictionaries Word of the Year in 2012. At the time of choosing, it wasn’t clear whether or not it would find its way into one of our dictionaries. But it has continued to gain momentum since then, and is now deserving of an entry.

Several fashion terms also make their Oxford dictionary debut this season including flatform, geek chic, and jorts. Jorts is a good example of a blend (also known as a portmanteau), a word which is a combination of two words in which part of one or both words is omitted (with jorts being a blend of jeans and shorts). And it’s in good company, with babymoon and fauxhawk also entering the dictionary.

Of course blends may be a popular way to form new words, but let’s also tip our hats to our old friends the initialism and the acronym. It’s not just LOL and OMG that have made their way into the mainstream, this update sees the addition of a variety of new acronyms and initialisms, from the familial quartet of FIL, MIL, BIL, and SIL, to the technical BYOD and the time-saving TL;DR.

FOMO? Take a look at our selection of the additions to Oxford Dictionaries Online and see if you can tell your MIL from your MOOC.