Everything is rigged – health, politics, finance and more 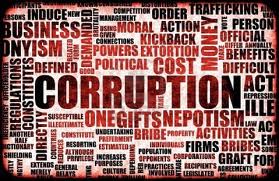 Everything is rigged… the stock market, the news, the food, your taxes, public schools, the health care system, and on and on. Even Lance Armstrong’s cycling victories were all apparently rigged (with doping), we’re now finding out.

But what do I mean by “rigged” specifically? All these systems and industries are rigged to cheat you, to suppress you, and ultimately to suppress your human potential.

Think about it. The sick-care system is intentionally engineered to give you cancer, keep you sick, and keep you locked into a medical system that enriches powerful corporations while sacrificing human life.

The financial system is rigged to quietly steal the value of your money through endless monetary creation also known as “quantitative easing.” The more money TPTB prints, the less valuable the money you worked so hard to earn is left remaining.

The political system is utterly rigged to give you the illusion of choice while parading in front of you two puppets of different skin colors who both serve the same masters.

The food system is rigged with GMOs that actually poison you while spreading genetic pollution across farms and fields everywhere.

The news is utterly and comprehensively rigged,

“Science” is largely rigged. Science journals are all dominated by Big Pharma advertising money, and nearly all the so-called science you see in the news anymore is just a regurgitation of fabricated research from corporate science whores who have sold their integrity for a paycheck. Much of the effort behind “science” today is spent reinforcing a monopoly over medicine by pushing deadly vaccines while disparaging healing plants and nutrients.

Government regulators are completely rigged. The FDA looks out primarily for the interests of Monsanto and drug companies, not the safety of the American people. The USDA is completely beholden to the biotech industry and the meat factory giants, routinely betraying Americans with its decisions.

Private property is rigged,  you never really “own” your land. Instead, you lease it from the government. Don’t believe me? Try not paying property taxes and see what happens. Your property will soon be seized at gunpoint and taken over by the government.

Even WAR is completely rigged. Wars are started with false flag attacks engineered by the imperialist USA, then all the reporting on war is completely censored to shield the American public from the truth of how horrifying it really is. The entire experience of war is sanitized, processed, homogenized…

How do you beat a rigged system? Don’t play!

With all these systems rigged against you, how do you stand a chance of getting ahead? As every Vegas gambler knows deep down, the only way to beat the house is to not play against the house. Don’t play their game, in other words.

Instead of sending your children to government-run indoctrination centers known as public schools, home school them. Use the non Traditional means of a Classical Education and the Trivium.

Instead of watching TV and cable news propaganda, cancel your cable and learn to do real research…

Instead of being victimized by toxic GMO food, buy organic and grow your own garden.

Instead of falling for vaccines and prescription drugs, say NO to vaccines and dangerous drugs. Turn to nutrition and superfoods instead!

Instead of putting all your savings and investments in the banks and Wall Street, hoard all cash as much as possible.

The point of all this is that you can’t beat a rigged system. That’s why it’s rigged, of course: to make sure you never come out on top. So stop playing in the rigged system! The house always wins, didn’t you know? That’s how casinos make money, and it’s how nearly everything else works, too.

The path to true freedom begins with recognizing just how completely all the systems are rigged against you. Only from there can you withdraw your consent from all the rigged systems that are insidiously working to keep you sick, suppressed, impoverished and ignorant.

From there, focus your power and your effort inward, asking self-empowering questions like how can I become better informed and educated? How can I gain new skills? How can I improve my health and set myself free from the medical enslavement system? In time, these questions will transform to more broad questions such as: How can I contribute something meaningful to the world? What can I do to serve in the defense of life and truth?

These are levels of awareness on how the world really works. I describe them like this:

Level 0 – “Zombie”
This is the default level of total ignorance at which 95% of the population operates. They have no clue about anything that matters such as how fiat currency systems operate, natural cures for cancer, the true dangers of vaccines, how television manipulates their behavior and so on. (These people are often experts in sports and TV sitcoms, however.)

Level 1 – “Awakened”
This level is achieved when a person realizes something along the lines of “Hey, I’m living in a dream world. I’m being told lies at every turn. What is real? How can I know what is real?” This is where people start asking questions.

Level 2 – “Informed”
A level 2 person is someone who has taught themselves a significant amount of real history and the way the world really works. This person will have knowledge of politics, psychology, world history, economics, natural health, the natural world (water, ecosystems, soils, etc.), basic anatomy, basic science and so on. Not even 1% of the population today qualifies as level 2. Most people operate in a state of wild ignorance of the world around them.

Level 3 – “Master”
A level 3 person not only understands a great deal about the real world around them, they have also grasped ways to navigate through that world with great accomplishment and influence. They are innovators, creators and often communicators. Financial achievement is not the purpose here. Rather, it is achieving relevance in a world largely populated by utterly irrelevant people.

Level 4 – “Enlightenment”
This level is only achieved by those of the highest dedication to spiritual awakening. You would typically only find this level of understanding in people who pursue a lifetime practice of prayer, or transcendental meditation, or a similar spiritual practice. At this level of awareness, individuals become withdrawn from the material world and really have no interest in interacting with individuals of lower levels of awareness. Far less than one in a million human beings will ever achieve level 4 “Enlightenment.”

Just to review these levels again, here are some of the keywords and concepts that typically relate to people of each level:

Level 2 – “Informed” – Reads books. Explores alternative information. Invests in self-education. Participates in activism. Seeks to make changes in the world around them. Speaks out with friends. Challenges people’s beliefs. Reflects on their own beliefs and is capable of adaptation.

Level 3 – “Master” – Has great influence. Creates things. Innovates. Provides solutions. Invents new things. No television. No vaccines. No junk food. Has a very long-term perspective. Understands the “big picture.” Seeks to help others. Has compassion for living things. Recognizes the web of life on our planet.

Level 4 – “Enlightenment” – Realizes the great illusion of life. Embraces immortality of consciousness and the human spirit. Expresses compassion for others but not intervention. Never seeks to “change” others, only to invite them to expand their awareness. Recognizes interconnectedness of all life systems. Sees the human life experience in a humorous light. Is able to tap into higher consciousness. Rarely seeks fame and not interested in financial success. Often abandons all material wealth.

Remember: The rigged systems in place today want to suppress your rise from Level 0 to Level 4. They wish to keep you as dumbed-down as possible so that you never become fully aware of what’s really happening around you. Only by refusing to participate in those systems do you have a real opportunity to move up the levels and achieve the only thing that really matters: High-level consciousness.