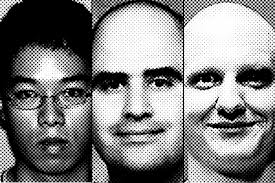 There are a lot of things we think we know about mass shootings: that they come about when mentally unstable individuals suddenly snap; that there are more and more of them every year; that smarter and stricter laws can help prevent them. A new article in the journal Homicide Studies says that all of those assumptions are wrong.

In the article, titled “Mass Shootings in America: Moving Beyond Newtown,” Northeastern University criminologists James Alan Fox and Monica J. DeLateur examine existing research and data to refute 11 common assumptions about mass murder—which the FBI defines as any single, sustained incident that takes the lives of four or more victims.

Many of their points seem like the starting point for a conversation rather than the end of one. But if we’re going to have a national conversation about mass shootings—and we’re already having it—then it might as well be based on data rather than assumptions.

The biggest myth they claim to bust? The idea that mass murder in America is on the rise. Fox and DeLateur specifically challenge a recent Mother Jones project that claimed “a recent surge in incidents and fatalities” from mass shootings. The authors argue that Mother Jones arbitrarily limited its analysis to certain types of mass shootings—ones occurring in public places, committed by lone gunmen with no robbery motive or gang affiliation—and that by limiting the data set the magazine came away with skewed results.

By expanding their analysis to include all mass shootings regardless of location or motive, Fox and DeLateur found that the rate of mass shootings has remained steady from 1976 to 2011, at about 20 incidents per year, and that “the facts clearly say that there has been no increase in mass shootings and certainly no epidemic.” I read the Mother Jones piece when it appeared, and I found it tragic and convincing.

But Fox and DeLateur also sound convincing when they argue that “including mass shootings in all forms can only add to our understanding of extreme killing.” At the very least, Fox and DeLateur’s findings add nuance to a topic that is often oversimplified.