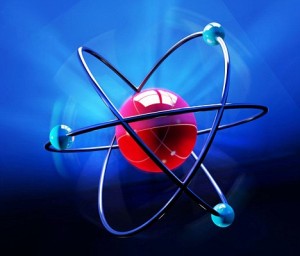 The pursuit of truth in modern scientific query is marred by greed, profit and only a concept of truth built on the assumption of an unexamined good. While pharmaceutical drug approvals, genetically modified foods and various other controversial technologies may appear to be based on “science”, corporate interests and profits often interfere with the true meaning of what science represents to both academics and the public.

Science Is No Longer Science

Science is built on skepticism. The results of any particular study mean nothing unless proven through continual repetition of the study’s methodology. The importance of being able to replicate results is something instilled in every elementary school science student and yet as we enter adulthood we often tend to take with a great deal of faith any professions of scientific knowledge.

The primary methodology of science is to prise apart reality into its component parts in order to better understand how the whole functions. Cartesian logic began with the separation of mind and matter and the scientific method depends upon the separation of the observer from the observed. The absolute separation between mind and matter has now been shown to be entirely fictitious the importance of objectivity within the scientific method remains undiminished.

The 20th century made it clear to everyone that science is in a very dangerous state. Corporations who have sought the scientific method to establish credibility for their products and services have prostituted science and segregated its capacity as a whole. This is largely because of the splitting up of the disciplines and their disconnection from the ethical demands of a growing population and an ever more complex, relational society.

The threat to all of us lies in corporate greed forcing both the internal divisions of science and the related inability of scientists to respond to the needs of worldwide human relationships. This inability includes inadequate responses to the needs of those individuals and groups who govern us.

The most glaring problem is the seemingly unbridgeable gap between the needs for ethically based knowledge by politicians and the piecemeal and mostly inadequate assistance that divided scientific corporations are able to put on the table. Some of the scientific disciplines are overused while others are grossly underused, ignored, or even rejected as irrelevant.

For example there is little real science to be found in the common practice of mainstream medicine. Rather, what passes for “science” today is a collection of myths, half-truths, dishonest data, fraudulent reporting and inappropriate correlations passed off as causation. Correlational studies can NOT prove causation, yet the end result of most scientific studies in mainstream medicine make a causal claim without any proof and then pass those suggestions to the public to sell the medical model to the public.

Advertisers and product manufacturers have certainly used this inherent cognitive bias towards trusting “scientific facts” in order to market products which they claim have a scientific basis in their effectiveness. The same is of course true within ideologies and politics. While many choose to focus on the large scandals such as the drug research fraud, countless fraudulent scientific claims are made every day in advertising, often with no repercussions.

A survey of 2700 doctors and scientists found one in seven (13%) had, “witnessed colleagues intentionally altering or fabricating data during their research or for the purposes of publication”. Those are only the doctors that admitted the findings. Critics suggest the actual percentage may be higher than 30%. That manipulation included, “inappropriately adjusting, excluding, altering, or fabricating data”.

More and more evidence is suggesting that medical journals are increasingly having to retract reports due to fabricated, erroneous or misleading data from Doctors and Scientists. Fraud has clearly been on the rise in Drug studies for decades and is now the norm in the pharmaceutical industry.

Donald M. Epstein, author of Healing Myths, says that even if the dangers of a drug or medical procedure were to be included in a respected medical journal, often the “religious” belief that doctors, and even patients, have in conventional medicine overrides their decision-making process.

People believe that if a drug is FDA-approved and on the market, it must be okay. If a drug proves fatal to 10 or even 10,000 patients, doctors will still staunchly defend it, claiming the benefits outweigh the risks. Epstein’s feelings are that anyone with a little common sense should be enraged by the fact that the entire industry is operating with self-imposed blinders — from the pharmaceutical companies that hawk unsafe drugs to the medical journals that publish doctored clinical studies and misleading ads.

The editors of the New England Journal of Medicine added another chapter to this story when disgraced Norwegian researcher Dr. Jon Sudbo, was made to formally retract reports on oral cancer his team published in the journal in 2001 and 2004.

By his own admission, much of Sudbo’s published data was fabricated. A report from an investigative commission formed by Sudbo’s former employers, the Rikshospitalet-Radiumhospitalet Medical Center and the University of Oslo, confirmed the fraud. The NEJM editors based their retraction largely on the report’s findings.

On average, one out of every three highly cited studies published in influential medical journals is either refuted or seriously weakened by subsequent research.

A vaccine industry watchdog recently obtained hidden CDC documents that show statistically significant risks of autism associated with the vaccine preservative, something the CDC denied even when confronted with their own data. This has allowed the CDC to continue promoting drug therapy and vaccination programs programs promoted by Physicians, many of who rely on the information from the CDC to inform the public on risks and benefits.

The vaccine industry has always known that governments and public health would never be convinced of the effectiveness of vaccinations without some statistical evidence from academia. Without some proof on how vaccines and antivirals could benefit a population, how could they ever be marketed on a global scale? They couldn’t!

That’s where the biostatisticians come in. Under the guise of disease prevention and pandemic preparedness, these so-called “experts” have carefully concocted a wide range of simulated statistical analyses in a systematic effort to promote global pandemic models and their counter measure — mass vaccination and antiviral programs.

A summary review of data on neurological adverse events and the historical role of vaccination in the natural course of infectious disease in Switzerland and Germany, supports data from other regions with evidence that vaccines had no impact on disease prevention efforts from the early-mid to late 20th century. The data contradicts widespread misinformation campaigns by mainstream medicine which claim that vaccination led to immunization and a subsequent decline in infectious disease.

Many consumers in the US mistakenly believe that the FDA approves genetically modified organisms in foods through rigorous, in-depth, long-term studies. In reality, the agency has absolutely no safety testing requirements. Instead the agency relies on research from companies like Monsanto, research that is meticulously designed to avoid finding problems.

Former pro-GMO scientists are now speaking out on the real dangers of genetically engineered food. A growing body of scientific research – done mostly in Europe, Russia, and other countries – showing that diets containing engineered corn or soya cause serious health problems in laboratory mice and rats.

The FDA and food industry claims that GMO foods are safe, properly tested, and necessary to feed a hungry world, claims that are now being found unsubstantiated by hundreds of experts. GMOs are one of the most dangerous and radical changes to our food supply. These largely unregulated ingredients found in 60-70% of the foods, are now being exposed and well worth the effort to avoid.

Several nations such as Mexico, Italy, Russia, Poland and several others are banning GMOs after conducting their own research while refuting the biased conclusions by Monsanto.

Democratize Science – It’s For Everyone

The best defence against scientific frauds is a simple realization, science is something for everyone, not just “scientists”. We all have a duty to think for ourselves, to utilise our own minds and separate fact from fiction. Use the scientific mindset to rationally analyse the evidence before you. The more we research and share this information with our communities the more enlightened we will become as a whole. In such a society companies will be unable to use cheap slogans like “scientifically proven” to take your money and risk your health.

The most prestigious peer-reviewed journals in the world are having less influence amongst scientists due to the shift in the ways we deal with scientific query. Medical journals can no longer be trusted to provide accurate, unbiased information and are no longer impartial and “true” source of information.

A new age is upon us and we must think for ourselves if we are ever to advance the changing paradigm in scientific progress, from one that has worked against the people, to one that will work with the people and free from corruption and greed.