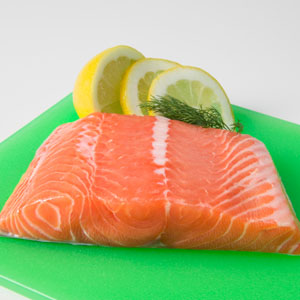 Genetically-engineered salmon will soon be on sale across the US but consumers will never know because there won’t be any warning labels on the packaging. The Food and Drug Administration is about to approve genetically-engineered salmon for human consumption, making it the first GE meat to be sold in US supermarkets. The fish has been engineered to produce growth hormones that make it grow at twice the normal rate. But the fish won’t be labeled, so consumers won’t know they are eating genetically-engineered meat – a decision that action groups are trying to reverse. They point out that every other country selling GE produce insists on clear labeling. Around 40 countries – including China and Russia – sell GE foods in their stores. Eric Schlosser, author of the book Fast Food Nation, is organizing a petition urging the FDA to introduce mandatory labeling of all GE foods.