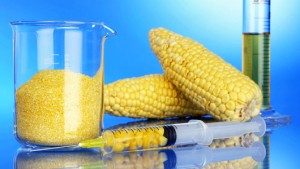 The report, “GMO Myths and Truths, An evidence-based examination of the claims made for the safety and efficacy of genetically modified crops”, by Michael Antoniou, PhD, Claire Robinson, and John Fagan, PhD is published by Earth Open Source.

The report is 123 pages long and contains over 600 citations, many of them from the peer-reviewed scientific literature and the rest from reports by scientists, physicians, government bodies, industry, and the media. The report is available here: http://earthopensource.org/index.php/reports/58

Genetically modified (GM) crops are promoted on the basis of a range of far-reaching claims from the GM crop industry and its supporters. They say that GM crops:

However, a large and growing body of scientific and other authoritative evidence shows that these claims are not true. On the contrary, evidence presented in this report indicates that GM crops:

Based on the evidence presented in this report, there is no need to take risks with GM crops when effective, readily available, and sustainable solutions to the problems that GM technology is claimed to address already exist. Conventional plant breeding, in some cases helped by safe modern technologies like gene mapping and marker assisted selection, continues to outperform GM in producing high-yield, drought-tolerant, and pest- and disease-resistant crops that can meet our present and future food needs.