Skip to content
HomeGlobalismUnited NationsAgenda 21Many Con-sumers In The Dark About Jan.1 Start Of Light Bulb Phase Out 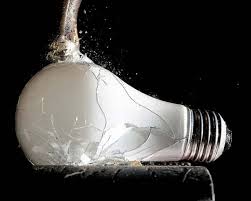 Only four in 10 consumers are aware that the most popular light bulbs in the U.S. will be phased out next year as production of the products ends on Jan. 1, 2014.

The popular 60-watt and 40-watt incandescent light bulbs join their energy-wasting cohorts, the 75-watt and 100-watt bulbs, which were phased out this year.

According to Lighting giant Osram Sylvania, which released its sixth annual Sylvania Socket Survey, many consumers are still in the dark about the bulb phase-out.

When suppliers run out of stock, consumers and businesses will have to replace traditional bulbs with more energy-efficient alternatives. They will have three choices: halogen incandescent bulbs, compact fluorescent lamps (CFLs) or light-emitting diodes (LEDs).

Of those who are aware of the regulatory move, more than half (59%) are excited about it, as it will help Americans use more energy efficient light bulbs.

Energy Independence and Security Act of 2007