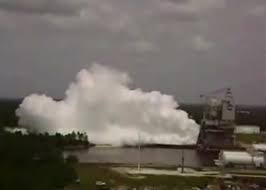 That is a so called rocket test facility, disguised as a weather modification machine located in Mississippi. NASA is playing god and making it’s own Weather…part of a BBC special.

Here is your mystery rumbling…

JFK 1961 talks about Controlling the Weather….50 plus years on..how far has tech moved on?