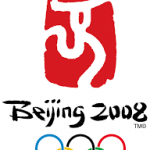 China plans to halt rain for the 2008 Olympics

It is yet another attempt by man to triumph over nature. Determined not to let anything spoil their party, organizers of the 2008 Summer Olympics said Wednesday that they will take control over the most unpredictable element of all — the weather. While China’s Olympic athletes are getting ready to compete on the fields, its […]