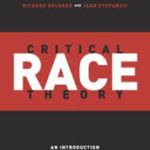 “Critical Race Theory” is Just the Tip of the Iceberg

The Frankfurt School’s goals were the destruction of Western culture, the Christian religion (and all religion) and, starting in the 1950s with Herbert Marcuse, the white race.  One of the tools they developed for attaining these ends is what they called “Critical Theory.”