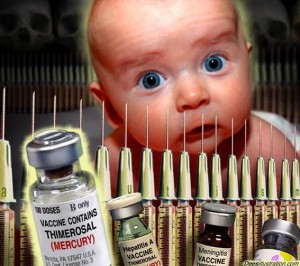 However, the American connection for Bachmair’s study can be found at VaccineInjury.info website that has added a link for parents of vaccinated children to participate in the study. So far this ongoing survey has well over 11,000 respondents, mostly from the U.S.A. Other studies have surveyed smaller groups of families.

Nevertheless, the results were similar. Of course, none of these studies were picked up by the MSM (mainstream media). None were funded by the Centers for Disease Control and Prevention (CDC) or the World Health Organization (WHO) or any national or international health agency or medical profession group (http://healthimpactnews.com).

They don’t dare compare the health of unvaccinated children to vaccinated children objectively and risk disrupting their vaxmania (vaccination mania). The focus for all the studies was mostly on childhood illnesses occurring as the children matured.

Dramatic, debilitating, or lethal vaccine injuries were not the focus since so few, five percent or less, actually get reported to VAERS (Vaccine Adverse Injury Reporting System) in the U.S.A. for various reasons including:

* It’s a complicated system that takes time from a doctor’s practice.
* Most parents don’t know about it.
* Only adverse reactions that occur immediately after vaccinations are considered.
* Since VAERS is voluntary, most doctors don’t want to incriminate themselves with vaccination injuries and maintain their denial of vaccine dangers.

Consequently, even the most terrible adverse reactions are minimally acknowledged, while long term negative health issues resulting from vaccines are not even considered relevant.

From a different survey in the South Island New Zealand city of Christchurch, among children born during or after 1977, none of the unvaccinated children had asthma events where nearly 25% of the vaccinated children were treated for asthma by age 10 (http://www.vaccineinjury.info/images/stories/ias1992study.pdf).

Many of the comments from non-vaccinating parents to VaccineInjury.info for the ongoing Bachmair survey mentioned vaccination danger and developing true immunity naturally were concerns (http://www.vaccineinjury.info).

A PhD immunologist who wrote the book Vaccine Illusion, Dr. Tetyana Obukhanych, has gone against the dogma of her medical training and background. She asserts that true immunity to any disease is not conferred by vaccines. Exposure to the disease, whether contracted or not, does (http://www.vaccinationcouncil.org).

Perhaps the most informal grass-roots survey going on now is by Tim O’Shea, DC, author of Vaccination is Not Immunization. He simply has non-vaccinating parents email him with comparisons of their children’s health to friends and families they know with vaccinated children. That and more is available on his site (http://www.thedoctorwithin.com).

Sources for this article include: