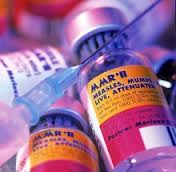 If four shots of toxic vaccines do not work against pertussis (AKA whooping cough), then maybe five or six will work… Or maybe not… The CDC now reports the highest level of pertussis cases in 50 years. Of course, they are encouraging all children and adults to line up for yet another shot in the dark.

Dr. Anne Schuchat, director of National Center for Immunization and Respiratory Diseases reports 18,000 nationwide cases of pertussis so far this year – twice as many cases as there were at this time in 2011 and matching the 1959 numbers reported by this time of the year.

Pertussis is a bacterial infection involving the respiratory tract that spreads by coughing and sneezing. It often starts out like the common cold, but can become a life-threatening infection, particularly for infants under the age of one. The vaccination for pertussis is included in the DTaP vaccine.

The pertussis vaccine in not solving the problem

CDC data shows 84 percent of children under the age of three have received at least four DTaP shots and yet, despite high vaccination rates, whooping cough still keeps circulating, largely among the fully vaccinated. This is because pertussis is a cyclical disease where natural increases in infection tend to occur every four to five years no matter how high the vaccination rates are.

DTaP is bad news for babies

A study at UCLA indicated that in the USA, approximately 1,000 babies die annually as a direct result of DTaP vaccination. One survey found a 7.3 percent risk of SIDS within three days after a DTaP inoculation.

Vaccine reaction symptoms within days of the DTaP shot include: high fever; sudden collapse; hours of persistent crying, high pitched screaming with arching of the back, signs of brain inflammation; severe and/or bloody diarrhea; redness, swelling and pain at the injection site and signs of seizures.

Raymond Obomsawin, M.D. said “Delay of DPT immunisation until two years of age in Japan has resulted in a dramatic decline in adverse side effects… an 85 to 90 percent reduction in severe cases of damage and death.” Amazingly, pertussis during the first two years of babies’ lives also dropped sharply. Instead of preventing pertussis, the DTaP actually promotes it as well as SIDS.

Many vaccines are implicated in causing Juvenile Diabetes, but the vaccine-virulent poison – pertussis toxin, is the worst. Pertussis toxin affects the pancreas in the insulin-secreting parts. As early as the 1970s, the pertussis shot was known to stimulate over-production of insulin by the pancreas followed by exhaustion and destruction of the islets of Langerhans, resulting in diabetes.

Vaccination is not immunization!

Recovering from whooping cough confers a naturally-acquired immunity that is much stronger and longer lasting than any artificial immunity induced by the toxic laden vaccine. Vaccination requires more and more booster doses to try to extend the artificial vaccine immunity.

Vaccines are medical procedures that always come with risks. Study up before you let them shoot your child!

Sources for this article

About the author:
Craig Stellpflug is a Cancer Nutrition Specialist, Lifestyle Coach and Neuro Development Consultant at Healing Pathways Medical Clinic, Scottsdale, AZ. http://www.healingpathwayscancerclinic.com/ With 17 years of clinical experience working with both brain disorders and cancer, Craig has seen first-hand the devastating effects of vaccines and pharmaceuticals on the human body and has come to the conclusion that a natural lifestyle and natural remedies are the true answers to health and vibrant living. You can find his daily health blog at www.blog.realhealthtalk.com and his articles and radio show archives at www.realhealthtalk.com