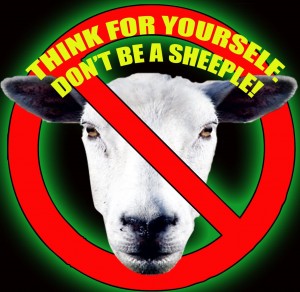 All facts contained in this video are backed up by easily verifiable reference points, whether they be Supreme Court decisions, entries from Blacks Law dictionary, Presidential Executive Orders or IRS publications there is nothing dubious or questionable here.

Why is the above so difficult for most people to understand?
Simple: words like ‘person, ‘citizen, ‘people, ‘or, ‘nation, ‘is, ‘fact, ‘authority, ‘truth, ‘nation, ‘crime, ‘fraud, ‘charge,
‘right, ‘statute, ‘preferred, ‘assume, ‘prefer, ‘constitutor, ’creditor, ‘debtor, ‘debit, ‘discharge, ‘payment, ‘law, ‘United
States, and hundreds of others do NOT mean what you think they mean and you were never taught the ‘Legal Definitions’
so that you would ‘Understand that you DON’T understand.

Don’t let this information alarm you because without it you cannot be free.

You have to understand that all slavery and freedom originates in the mind.

When your mind allows you to accept and understand that the United States, Great Brittan and the Vatican are Corporations which are nothing but fictional entities which have been placed in your mind, you will understand our slavery is because we believe in fictions.

5. The United States does not have any employees because there is no longer a United States. No more reorganizations. After over 200 years of operating under bankruptcy its finally over. (Executive Order 12803) Do not personate one of the creditors or share holders or you will go to Prison.18 U.S.C. 914

7. Social Security Numbers are issued by the UN through the IMF. The Application for a Social Security Number is the SS5 form. The Department of the Treasury (IMF) issues the SS5 not the Social Security Administration. The new SS5 forms do not state who or what publishes them, the earlier SS5 forms state that they are Department of the Treasury forms. You can get a copy of the SS5 you filled out by sending form SSA-L996 to the SS Administration. (20 CFR chapter 111, subpart B 422.103 (b) (2) (2) Read the cites above)

10. We have One World Government, One World Law and a One World Monetary System.

11. The UN is a One World Super Government.

12. No one on this planet has ever been free. This planet is a Slave Colony. There has always been a One World Government. It is just that now it is much better organized and has changed its name as of 1945 to the United Nations.

15. Your Social Security check comes directly from the IMF which is an Agency of the UN. (Look at it if you receive one. It should have written on the top left United States Treasury.)

16. You own no property, slaves can’t own property. Read the Deed to the property that you think is yours. You are listed as a Tenant. (Senate Document 43, 73rd Congress 1st Session)

17. The most powerful court in America is not the United States Supreme Court but, the Supreme Court of Pennsylvania. (42 Pa.C.S.A. 502)

19. You can not use the Constitution to defend yourself because you are not a party to it. (Padelford Fay & Co. v. The Mayor and Alderman of The City of Savannah 14 Georgia 438, 520)

20. America is a British Colony. (THE UNITED STATES IS A CORPORATION, NOT A LAND MASS AND IT EXISTED BEFORE THE REVOLUTIONARY WAR AND THE BRITISH TROOPS DID NOT LEAVE UNTIL 1796.) Respublica v. Sweers 1 Dallas 43, Treaty of Commerce 8 Stat 116, The Society for Propagating the Gospel, &c. V. New Haven 8 Wheat 464, Treaty of Peace 8 Stat 80, IRS Publication 6209, Articles of Association October 20, 1774.)

22. The Pope can abolish any law in the United States. (Elements of Ecclesiastical Law Vol.1 53-54)

24. The Pope claims to own the entire planet through the laws of conquest and discovery. (Papal Bulls of 1455 and 1493)

25. The Pope has ordered the genocide and enslavement of millions of people.(Papal Bulls of 1455 and 1493)

30. The United States Government was not founded upon Christianity. (Treaty of Tripoli 8 Stat 154.)

32. Everything in the “United States” is For Sale: roads, bridges, schools, hospitals, water, prisons airports etc. I wonder who bought Klamath lake. Did anyone take the time to check? (Executive Order 12803)

34. The UN has financed the operations of the United States government for over 50 years and now owns every man, women and child in America. The UN also holds all of the Land in America in Fee Simple. (Get the Disks for the Essay and Documents.)

36. The depression and World War II were a total farce. The United States and various other companies were making loans to others all over the World during the Depression. The building of Germanys infrastructure in the 1930’s including the Railroads was financed by the United States. That way those who call themselves “Kings,” “Prime Ministers,” and “Furor.”etc could sit back and play a game of chess using real people. Think of all of the Americans, Germans etc. who gave their lives thinking they were defending their Countries which didn’t even exist. The millions of innocent people who died for nothing. Isn’t it obvious why Switzerland is never involved in these fiascoes? That is where the “Bank of International Settlements” is located.Wars are manufactured to keep your eye off the ball. You have to have an enemy to keep the illusion of “Government” in place. (Get the Disks and see the Documents for yourself.)

37. The “United States” did not declare Independence from Great Britain or King George. (Get the Disks for Documents and Essay.)

38. Guess who owns the UN? The disks have many more cites including Hundreds of Documents to verify the 40 statements above and numerous other facts. The Disks also include numerous Essays written by Stephen Ames and several other people that fully explain the 40 above mentioned facts. The Disks will clear up any confusion and answer any questions that you may have. The cites listed above are only the tip of the iceberg. Also included on the Disks are several hundred legal definitions because without them it is next to impossible for the non-lawyer to understand many of the Documents. Simple words such as “person” “citizen” “people” “or” “nation” “crime” “charge” “right” “statute” “preferred” “prefer” “constitutor” “creditor” “debtor” “debit” “discharge” “payment” ‘law” “United States” etc, do not mean what most of us think because we were never taught the legal definitions of the proceeding words. The illusion is much larger than what is cited above.