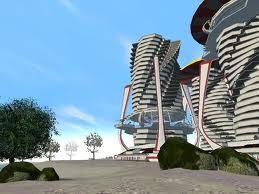 Just a few months ago, scientists were calling for the human population to move into more closely tight-knit cities.

Michail Fragkias, chief scientist for the UIN’s “ Planet Under Pressure” wants populations to be confined to mega-cities, locked up so they are easily controlled and mitigate further population growth.

Fragkias says: “If cities can develop in height rather than in width that would be much more preferable and environmentally not as harmful.”

According to the globalists at America2050, “metropolitan regions will be an interlocking economic system, shared natural resources and ecosystems, and common transportation systems link these population centers together.”

The megaregions are defined as:

Under Agenda 21, policymakers, businesses and community leaders will be used to enact changes to city structures including:

Global Integration Zones will link regions to one another through specially designed transportation systems.

The planning of these denser cities is presenting an interesting challenge for the globalist Elite as they have to fit several millions of people into small areas designated for human use.

Dennis Frenchman, an architect and the professor of Urban Planning for MIT, asserts that city planners of the future must design cities that accommodate the large migration of people caused by population growth.

Cities must be efficient, as defined by the UN’s Millennium Development Goals decree and UN’s Agenda 21 policies.

Transportation networks need to be revamped with the purpose of facilitating more eco-friendly commutes and pollution control. Politicians and elected officials should offer corporations financial incentives to relocate manufacturing facilities to denser cities. Making food production and farming strictly local would dramatically reduce the need for long range transportation. Power use should be restricted to mitigate CO2emissions.

Frenchman explains that “single-purpose-use” buildings should be replaced with mixed-use city areas that stack homes, medical offices, retail stores, schools and general use offices together in mega-buildings. The stack ‘em and pack ‘em  ideology would create the small town feeling within the “smart cities”.

These smart cities would contain:

The Flat Tower, a project concept of Paul-Eric Schirr-Bonnans will include offices, recreation areas and rail transit locations. The Flat Tower would house up to 400,000 people at one time. By using the conventional skyscraper model and surrounding the location with green areas, the sense of isolation within the multi-functional tower would “encourage” human interaction.

The prototype called CityCar, community-shared electric cars that designers from MIT’s Media Lab have created, will unclog the roadways and serve as communal vehicles. The CityCar can be used on point-to-point trips. It folds up and can be stacked in designated areas with other CityCars.

A micro-sized nuclear power plant will be installed in neighborhoods. General Electric (GE) has a prototype called PRISM . This small facility’s reactors can use recycled nuclear waste that generates 300 mega-watts of power. This wattage will power an estimated 240,000 homes.

Apartment size will have to be shrunk to an average of 300 square feet per unit to accommodate the growing population. Designers are looking to maximize space by installing furniture that folds into the walls. Windows would also have transparent OLEDs. This technology was unveiled by Samsung back in 2010. A television screen could be designed to be opaque on command. This would also serve as a temperature regulator to save on energy consumption.

Dickson Despommier, a public-health professor at Columbia University is suggesting the construct of vertical farms located within the dense cities that could provide all the necessary fruit and vegetables. Kent Larson, an architect at MIT’s Media Lab says that pre-seeded panels could be installed in apartment buildings to allow people to have a personal garden.

Designers Julien Combes and Gael Brule of LO2P Recycling Center , have conceptualized wind turbines to generate power for recycling facilities. Carbon dioxide released by plants reacts with the calcium inside the LO2P to produce lime in mineralization baths. Another use for lime is in the formation of concrete, claim the Calera Corporation, who designed the process.

By forcing local and state governments to adopt Agenda 21 mega-cities as the most efficient template, the globalist Elite claim that these “new mega-cities will not only be the beacons for the future but also that they will both cooperate and compete with one another.”