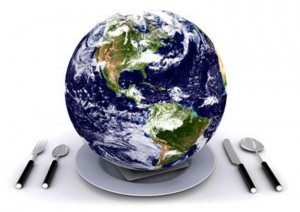 An environmental report issued by an agency of the United Nations last month has some critics sounding the alarm, saying it is a clarion call for “global governance” over how the Earth is managed.

The report, “21 Issues for the 21st Century,” from the United Nations Environment Program (UNEP) Foresight Process, is the culmination of a two-year deliberative process involving 22 core scientists. It is expected to receive considerable attention in the run-up to the Rio+20 United Nations Conference on Sustainable Development, which will be held in Rio, Brazil, in June.

The scientists who wrote the report say it focuses on identifying emerging issues in the global environment, and that it is not about mandating solutions.

But its critics see an agenda lurking in its 60 pages, which call for a complete overhaul of how the world’s food and water are created and distributed — something the report says is “urgently needed” for the human race to keep feeding and hydrating itself safely.