Skip to content
HomeAcademicCommon CoreCommon Core: The Rise Of Pearson (oh, and following the money) 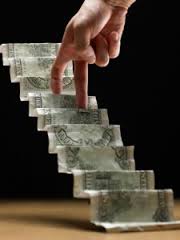 A long post that is worth a read here on the rise and influence of Pearson and corporate influence in education reform. Take pause, friends. Take pause but feel free to share and post comments here.Thoughts?

If you haven’t heard of Pearson, perhaps you have heard of one of the publishers they own, like Adobe, Scott Foresman, Penguin, Longman, Wharton, Harcourt, Puffin, Prentice Hall, or Allyn & Bacon (among others).

If you haven’t heard of Pearson, perhaps you have heard of one of their tests, like the National Assessment of Educational Progress, the Stanford Achievement Test, the Millar Analogy Test, or the G.E.D. Or their data systems, like PowerSchool and SASI. [1]

In a little over a decade, Pearson has practically taken over education as we know it.  Currently, it is the largest educational assessment company in the U.S. Twenty-five states use them as their only source of large-scale testing, and they give and mark over a billion multiple choice tests every year.[2]

They are one of the largest suppliers of textbooks, especially as they look to acquire Random House this year.  Their British imprint EdExcel is the largest examination board in the UK to be held in non-government hands.[3]

Pearson has realized that education is big business. Last year, they did 2.6 billion pounds of business, with a profit of 500 million pounds (close to a billion dollars).[4]  And business is looking up, which I will return to in a minute.  First, I want to talk about the vicious cycle that Pearson drives through education.

Pearson’s first big jump was acquiring Harcourt’s testing arm in 2008, taking Harcourt’s 40% market share and parlaying it into controlling more than half of all assessments taking place that year.[5]  At this point, Pearson began to coordinate all of the textbook imprints it owns (as one of the three biggest textbook publishers in the U.S.) with its tests, completing its own equation of curriculum and assessment.  It was just a matter of locking down their territory and growing it.

To grow into the multibillion-dollar corporation they are today, Pearson blurs every line among for profit, nonprofit, and government systems.  They have prominently partnered with University of Phoenix, whose parent company’s CEO also sits on the board of Teach for America. They acquired America’s Choice, which partners with the Lumina, Broad, and Walton Foundations. The Chief Education Advisor for Pearson is Sir Michael Barber, a lobbyist who pushes for free-market reforms to education. And the list of executives and partnerships goes on.[6]

What are some of the benefits of these partnerships? Pearson’s advocates for education reform were instrumental in the development of the Race to the Top initiative, from which they have benefited in numerous ways.  For example, Race to the Top requires significant data accumulation, and thus Pearson partnered with the Gates Foundation to be the ones to store the data.[7] Pearson also is a key partner of the National Governors Association and Council of Chief State Schools Officers.  When the plan for the Common Core Standards was hatched, Pearson paid to fly the policymakers to Singapore for luxurious “education” trips to promote the educational methods they promote. [8]

As a result of their work with the NGA, the Common Core Standards and Race to the Top assessment requirements for those standards work heavily in Pearson’s favor.  It doesn’t matter that Stephen Krashen found that 53% of educators oppose the Common Core—nearly every state has adopted it anyway, and they encourage a 20-fold increase in the number of tests given every age from preschool to grade 12. [9] Tests that will be administered by Pearson.

And despite the emphasis of Race To the Top and Common Core on state-led education initiatives, in reality, Pearson does not produce different texts and tests for different states.  As Texas is one of its oldest and largest customers, and many of the states that are adopting Pearson materials are “red states,” they make sure that the materials they provide will pass muster with those particular school boards.

Then they recycle the same material for other states. [10] This tilts curriculum in obviously ways, with US History coverage leaning decidedly right wing, but also in less obvious ways.  Light was shed on these changes with a recent Pearson reading comprehension test administered to eighth graders.  This was the first such test for several states that had recently adopted Pearson’s materials, including New York, which was previously known for its rigorous reading comprehension topic.

This year, the passage was a story called “The Pineapple and the Hare,” which was an adaptation of another story that went so awry the original author disavowed the new version.  Students complained that the story was childish and that it was confusing what the test makers were trying to convey by using it.  Parents in other states lodged the same complaints. But New York state doesn’t seem to care—not only will Pearson continue to provide a large portion of New York’s tests, but they are contracted to run New York’s teacher licensure process beginning in 2014.[11]

How Pearson got into New York’s teacher licensure program can probably be attributed to another one of its higher-powered partners—Susan Fuhrman, president of Teachers College.  Not only is Fuhrman the head of one of the most prestigious teacher education schools in America, but she now holds the title of “Non-Executive Independent Director of Pearson PLC” and has received almost one million dollars in stock and fees to date.[12]  So it is really not surprising that Pearson has its foot in the door to make decisions about who will hold NY Teaching Licenses.

Stanford was responsible for designing the edTPA (Teacher Performance Assessment), but they did so with, quote, considerable seed money from Pearson from the beginning of the project. The edTPA relies on evaluation of two ten-minute videos of the candidate’s teaching and the responses to a written examination.

Supposedly, the scorers are retired teachers who receive $75 per evaluation (although, many of us applied to Pearson to be scorers, and not one person from UNC was chosen to my knowledge). And to prove validity of the edTPA, the Education Development Center, a non-profit in Waltham, Mass, performed a field test across five states.  The Education Development Center is funded by Pearson.[13]

The insidiousness of Pearson’s tentacles’ reaching across education would be enough to set off alarms in the community.  Huge corporations and conglomerates own stock in Pearson, including the Libyan Investment Authority, owned by Gaddafi’s son Seif al-Islam, who owns 3% of the company.  The Koch brothers have connection to Pearson, as does Teach For America.

And the more Pearson acts, the fewer choices we have over education in our towns and cities. Pearson just bought a large online charter school consortium that opened across America, and they now own the G.E.D. for students who drop out altogether.[14]

And when a company called Boundless Learning tried to offer free and alternative textbooks to create a choice for students, Pearson partnered with Cengage and MacMillan to not only sue the company out of existence, but also the venture capitalists that funded it.[15]

States are beginning to rely on Pearson not only for materials, but also for the actual data that drives them to make crucial decisions in student learning and teacher retention.  There is an assumed validity to these materials that is never proven and now, never challenged.  Ironically, the free-market argument has paved the way for a system with no competition.  Scores from Pearson tests are used in value-added measurements.  Scores from the edTPA are used in hiring and firing decisions.[16]

As Rob Lytle, an education consultant, said,“If new standards are as rigorous as advertised, a huge number of schools will suddenly look really bad…they’ll want help, quick.  And private, for-profit vendors selling lesson plans, educational software, and student assessments will be right there to provide it.”[17] It is no longer a piece of the puzzle we can afford to ignore.