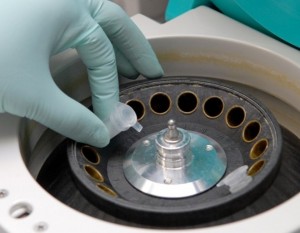 The military-industrial complex just got a little bit livelier. Quite literally.

That’s because Darpa, the Pentagon’s far-out research arm, has kicked off a program designed to take the conventions of manufacturing and apply them to living cells. Think of it like an assembly line, but one that would churn out modified biological matter — man-made organisms — instead of cars or computer parts.

The program, called “Living Foundries,” was first announced by the agency last year. Now, Darpa’s handed out seven research awards worth $15.5 million to six different companies and institutions. Among them are several Darpa favorites, including the University of Texas at Austin and the California Institute of Technology. Two contracts were also issued to the J. Craig Venter Institute. Dr. Venter is something of a biology superstar: He was among the first scientists to sequence a human genome, and his institute was, in 2010, the first to create a cell with entirely synthetic genome.

“Living Foundries” aspires to turn the slow, messy process of genetic engineering into a streamlined and standardized one. Of course, the field is already a burgeoning one: Scientists have tweaked cells in order to develop renewable petroleum and spider silk that’s tough as steel. And a host of companies are investigating the pharmaceutical and agricultural promise lurking — with some tinkering, of course — inside living cells.

But those breakthroughs, while exciting, have also been time-consuming and expensive. As Darpa notes, even the most cutting-edge synthetic biology projects “often take 7+ years and tens to hundreds of millions of dollars” to complete. Venter’s synthetic cell project, for example, cost an estimated $40 million.

Synthetic biology, as Darpa notes, has the potential to yield “new materials, novel capabilities, fuel and medicines” — everything from fuels to solar cells to vaccines could be produced by engineering different living cells. But the agency isn’t content to wait seven years for each new innovation. In fact, they want the capability for “on-demand production” of whatever bio-product suits the military’s immediate needs.

To do it, Darpa will need to revamp the process of bio-engineering — from the initial design of a new material, to its construction, to its subsequent efficacy evaluation. The starting point, and one that agency-funded researchers will have to create, is a library of “modular genetic parts”: Standardized biological units that can be assembled in different ways — like LEGO — to create different materials.

Once that library is created, the agency wants researchers to come up with a set of “parts, regulators, devices and circuits” that can reliably yield various genetic systems. After that, they’ll also need “test platforms” to quickly evaluate new bio-materials. Think of it as a biological assembly line: Products are designed, pieced together using standardized tools and techniques, and then tested for efficacy.

The process, once established, ought to massively accelerate the pace of bio-engineering — and cut costs. The agency’s asking researchers to “compress the biological design-build-test cycle by at least 10X in both time and cost,” while also “increasing the complexity of systems that can be designed and executed.”

No doubt, Darpa’s making some big asks of the scientists tasked with this research. And not everyone’s convinced they’ll pull it off. “The biology will fight them,” Daniel Drell, a program manager with the U.S. Department of Energy, predicted last year. Which suggests it might be a few years, at least, before Darpa’s bio-creations try to fight us.