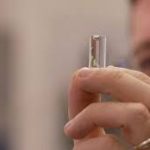 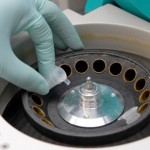 The military-industrial complex just got a little bit livelier. Quite literally. That’s because Darpa, the Pentagon’s far-out research arm, has kicked off a program designed to take the conventions of manufacturing and apply them to living cells. Think of it like an assembly line, but one that would churn out modified biological matter — man-made […] 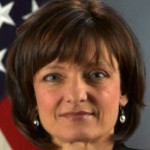 Regina Dugan, the director of the Defense Advanced Research Projects Agency (DARPA), will be leaving the Pentagon’s mad scientist research agency for the corporate Big Brother known as Google. Dugan has only been at DARPA for less than three years and was “offered and accepted [a] senior executive position” with Google, according to Eric Mazzacone, […]

You don’t need to have 5,000 friends of Facebook to know that social media can have a notorious mix of rumor, gossip and just plain disinformation. The Pentagon is looking to build a tool to sniff out social media propaganda campaigns and spit some counter-spin right back at it. On Thursday, Defense Department extreme technology […] 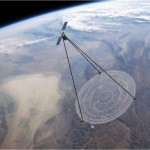 MOIRE would be a geosynchronous orbital system that uses a huge but lightweight membrane optic. A 20-meter-wide membrane “eye” would be etched with a diffractive pattern, according to DARPA, which would focus light on a sensor. Reportedly it will cost $500 million USD for each space-based telescope, and it would be able to image an […]

Who invented the Internet?