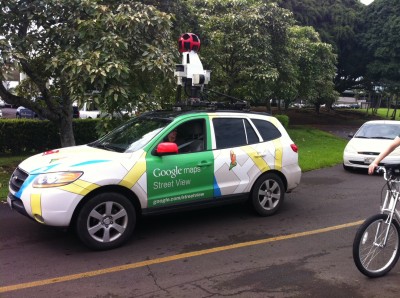 As it turns out, there is a way to prevent strangers from seeing your home online through Google Maps.

Many Americans don’t realize it, but Google actually has vehicles driving around the United States taking what are called “street view” pictures. If your home can be seen from a public street, there’s a good chance it’s on Google Maps.

If want to find out whether your home is on Google Maps, simply go to Google Maps and type in your address. When the map appears you might see a small stick figure on the left side of the screen. Drag that stick figure to your street, and your house – and others – will appear. (Note: If the street is not highlighted in blue on the map, then your house and street have not been photographed.)

How to Hide Your House

The bad news is that there is no way to keep your address off of Google Maps. The good news is that you can get Google to blur out your property so Google Maps users will not see it. Here’s the process which is outlined at Google.

How to get your property blurred:

Google wants you to report license plate numbers and faces that aren’t blurred so it can blur them out. This process does seem to work, and it is free.

Google is Watching You

The amount of information Google collects through Google Maps and posts online is frightening. Not every address is included in Google Street View, though. Addresses in many rural areas are not on street view. Although, chances are that your home is on it if you live in a suburban or urban area.

419 responses to “How To Hide Your House From Google Maps”