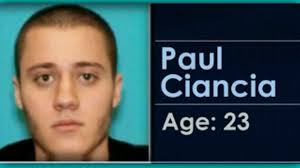 The rapid police response to today’s deadly shooting at a terminal in the Los Angeles Int’l Airport (LAX) was no accident, according to LAX Police Chief Patrick Gannon, because his officers prepared for an event identical to the shooting weeks in advance.

Photographs of the training exercise were published on October 18 on the Facebook page for Team LAX, which is the official sports and events page for the LAX police. The images from the drill show police officers drawing semi-automatic rifles in an simulated attempt to eliminate hostile threats and lead air travelers to safety. Officers at the Ontario, California airport conducted similar active shooter drills earlier in the month.

“We practiced to this not more than 3 weeks ago,” said Gannon at a press conference hours after the shooting. “We took every one of our patrol officers and a couple hundred officers from the Los Angeles Police Department and we practiced the exact scenario we played out today.”

The union that represents Transportation Security Administration workers on Tuesday said some TSA agents at airports should be armed.