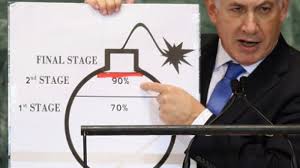 On the No Agenda Show Adam explains the Iran deception. The “nuke” deal is a total distraction from the reality of including and excluding different countries from doing business with Iran. A deception using fear for money. The oldest trick in the book!

SECRETARY KERRY: You’ll be hearing a lot about what the United States and our partners just achieved in Geneva so I wanted to take a minute to share with you an inside view of what we really accomplished here and to explain very clearly what it is and what it isn’t.

First of all, this is a beginning. It’s a first step. Over the coming months, we’re going to roll up our sleeves and keep working with the parties at the table in order to reach a final, comprehensive agreement that ensures Iran will not acquire a nuclear weapon and that the nuclear program that they do have will be entirely peaceful. And that has to be absolutely verifiable.

So let me lay out the main points of what we’ve already achieved here in this first step agreement. And the reason I want to do that is, it’s significant. This agreement that we’ve just signed is the first in almost a decade to put any kind of meaningful limits on Iran’s nuclear program.

And we’re not just slowing down its progress; we’re actually halting it and even rolling it back in some key areas. That’s very important. It means that even as we continue to move forward with negotiations, Iran’s nuclear program will not move forward, and in some respects it’s going to be moving backwards.