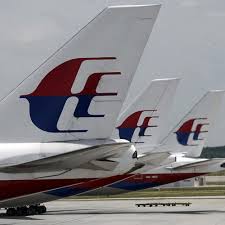 I sit here thinking about the many lives or legs this story has and grown and I can’t help but laugh as to how the Media are giving us an overdose of Conspiracy Theorems with this news. The MSM encourages the masses not to tolerate outrageous conspiracy theories but then sponsors its very own out of this world contained conspiracy experiment.

Believe me, this airplane will never be found. And after a week or two passed by, will we slowly accept this as a mystery beyond our understanding? Most people will forget about this because they will never ever believe that their government is capable of doing such things.

Just because we were taught to do good from a very age doesn’t mean that our government will do the same to the people.

01. Co-Pilots Smoke on the Plane

08. No one knows where the plane is

09. Ringing Phones but no one answers

11. Radar anomaly with second plane and exceptional speed of intercept

12. Military vessel tracks the plane on radar going 130 degrees in the wrong direction.

14. Oil slick on water turns out to be nothing.

15. Object in water / people thought it was a door. Another dead end.

16. Not really related but Iranians blamed for Lockerbie bombing today

17. Initially the two supposed hijackers were reported not to know each other but they apparently took a picture together.

18. Cloned legs of the supposed terrorists. Even though they had nothing to do with the plane, they still sent us on a wild goose chase after them to keep our attention on this story.

19. Richard Quest of CNN takes a photo with the co-Pilot 1/2 weeks before this incident.

20. Bright lights seen by fishermen in the area during the disappearance (UFOS).

22. Hotel photo of the two suspects with two other guys before the airport with same clothing on.

23. The 20 guys from the Advanced Tech. Co. Traveling on the same flight. No company allows this for a group of their staff to travel together on same plane.

25. Wasted time for the first few days. They knew immediately that military radar tracked it going into the other direction.

26. US forces began looking in Strait of Mal. TWO DAYS before they received a report that the plane was spotted there.

27. Cigar UFO – MSM reported Ukraine. I guess just to make us go wild with more conspiracies as to how this airline disappeared.

29. A second plane now being deemed a fake or decoy is involved which is why they are now searching in 2 locations.

30. The pilot had a flight sim at home that could sim many scenarios.

31. MH370 callsign is still in use by the airline which is odd considering they lost it a mere 5 days ago with 300 people on it. Usually after a (supposed) crash an airline doesn’t use the flight number any more.

32. Oil rig worker spotted an explosion in the air….and the last words spoken before contact was lost.
The probability that you can pick an airline from the sky and it has all these characteristics is astounding.

33. Flight MH370 Passenger Paul Weeks Gave Wife His Wedding Ring & Watch Before Boarding In Case Something Happened To Him.

34. Last radio transmission from the cockpit of missing Malaysia Airlines flight 370 was ‘Alright, good night’ as the plane switched from Malaysian to Vietnamese airspace.

35. A set of buildings just collapsed in the Manhattan area. What are the Odds that a plane goes missing and within this timeframe of the loss of the plane some sets of buildings collapse? A re they trying to rehash the events of 9/11?