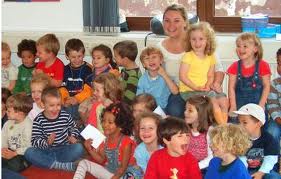 Infant schools in the UK have been praised by inspectors for identifying children as young as four as transgender.

The report by education watchdog Ofsted found that children in primary schools were encouraged to express themselves and allowed to dress as the opposite sex.

An unnamed school was praised for its ‘excellent work’ in supporting children aged four to seven ‘who are or may be transgender’, reported the Daily Mail.

Another school, which teaches pupils aged up to 11, allows children to behave in a ‘non-gender stereotypical way’ and found that younger boys were allowed to dress in what is traditionally seen as girls’ clothes and wear ribbons in their hair.

She said: ‘It is wonderful that schools are prepared to allow children to express themselves without finding that they are being bullied, harassed or being put back into a box where they’re made to feel bad about being different.’

However, Fae said it is not just a ‘trans issue’ and goes much wider.

She added: ‘I think it goes to the roots of gender expression and as people grow up they express themselves differently and they orient differently, identifying as lesbian, gay or bisexual, and some proportion of individuals may identify as transgender.

‘It is not a question of labelling people as transgender but it’s about giving people the space to explore gender freely without being constrained by categories and labels, feeling like they have to choose.

‘In that sense, taking pressure away from pupils and saying it’s ok to express yourself and do so without fear of bullying is an absolutely wonderful thing.’

Ofsted drew its conclusions from a survey which questioned 1,357 children from 37 primary schools and 19 secondary schools in the UK.

Susan Gregory, Ofsted director of education and care, said: ‘Schools must develop a positive culture so all pupils learn in a happy and safe environment.

‘Teachers should receive the right training and support so they have the skills and confidence to teach pupils about diversity and the effects of bullying.’