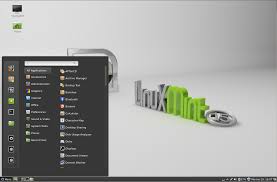 On April 8, 2014, Windows XP’s come to the end of its support life-cycle. After that, it appears 37 percent of you are planning on continuing with XP without support.

You may also have considered switching to a Mac and gotten hives from just the thought, or contemplated a Chromebook but couldn’t get past the idea of relying so much on the Internet and Software-as-a-Service (SaaS). I suggest an alternative you may not have considered: Linux Mint.

First, Mint’s Cinnamon interface can be set to look and act a lot like XP. Yes, you’ll have a learning curve, but it’s nothing like the one you’ll face if you move to Windows 8 or Mac OS.

Second, Mint is free and even the latest version, Mint 16 Petra, can work on almost any XP system you already have in house. All Linux Mint needs to run is an x86 processor; 512 MBs of RAM (albeit you’ll be happier with 1GB); 5 GBs of disk space; a graphics card that can handle 800×600 resolution; and a CD/DVD drive or USB port. That’s it.

Next, you don’t have to commit to Mint. You can try it before installing it by using a live USB thumb-drive.

To do this, you just need to download Mint and install it on an USB drive with at least 8GBs of room. With that drive, you can boot your XP box to Mint and give it a try without making any permanent changes to your PC.

Let’s say you find that you do like Mint, but you don’t want to replace XP with it. You want to try it for a few months before saying good-bye to XP. No problem. You can dual-boot Mint and XP without any damage to your Windows XP setup.

Another reason to move is that the vast majority of software on Mint, or any other Linux distribution, is free. True, many popular Windows programs, such as Outlook, Quicken, Microsoft Office, and Internet Explorer are not available on Mint, but there are good replacements for each, such as Evolution, GnuCash,LibreOffice, and Google Chrome.

Besides, Microsoft and other Windows vendors are now making their programs, such as Office 365, available as Web-based SaaS programs, which can usually run on Linux. I’ll go into more details about running applications on Mint in a later part of this series.

You might think that these, and other Linux applications, might be hard to find or install. That’s old FUD. Installing programs on Mint is as simple as using the Software Manager—a built-in program that’s similar to CNet’s Download.com.

In addition, you won’t need anti-virus software. Once every blue moon, instead of several times a day in Windows’ case, a virus will come along that can impact Linux. For all practical purposes, there are no viable Linux desktop malware programs. If you really can’t live without an anti-virus program, you can always download the free, open-source ClamAV. It’s all I’ve ever used and, closing in on 20 years of using Linux desktops and servers day-in and day-out, I have yet to get any kind of virus.

Need support? There’s corporate support from companies such as Pantek. You can also get free support from the Linux Mint forums or general support sites such as the outstanding LinuxQuestions.