A Day in the Life of a New World Order Slave… 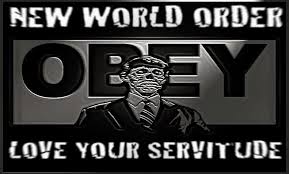 A Day in the Life of a New World Order Slave

-Microwave Breakfast Sandwich destroying the protein in it.

-Check the Weather on Microwave Radio Frequency Cell Phone that tracks your Location, Texts, Conversations/Contacts/Associations and Web Traffic/searches All the Time.

-Check balance on Debit Card so the NWO knows where you are and how much money you don’t have.

-Pay at the Pump for Gas with Debit Card so the NWO knows When, What and how much you filled up.

-Drive to Work in City with Skycop Cameras so the NWO knows how you get to work.

-Clock IN so Employer can record your hours worked and “Take Out” Fed, State, Local, Social Security, Health Insurance Money from YOUR Pay.

-Use the Restroom full of Toxic Cleaners and Disinfectants and Air fresheners, Wash hands with Toxic Soap full of Chemicals that get absorbed through the skin.

-Use Company provided cleaners without reading the lables telling you not to touch, inhale or absorb product.

-Watch NWO Corporate News/Sports during Lunch so you know little or nothing of anything that will significantly affect you or others in the REAL world.

and keep going to the end of work shift.
-Clock out so they know when to stop paying you, and taking away (withholding) your pay.

-Eat a processed Food Dinner lacking any good Nutrition and full of GMO, Preservatives and Herbicide and Pesticides absorbed into the food.

-Watch T.V. “Programming” to space out, relax and absorb what the 5 or 6 mega media corporations want you to believe is the world you live in like:(