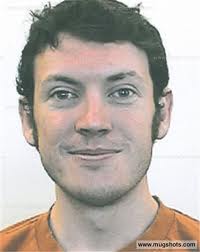 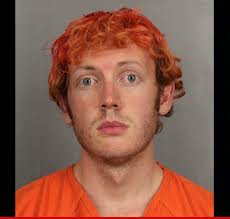 James Holmes, the Aurora, Colorado shooter who reportedly opened fire at a Batman movie premiere, was a medical student at the University of Colorado, pursuing a PhD in neuroscience, reports ABC News

As part of the attack, Holmes painted his hair red and referred to himself as “The Joker,”  one of the arch enemies in the DC Comics-inspired Batman movie series. (The Joker had GREEN hair…by the way)

Also note these two pictures are what they gave us, and it’s not even the same person…

According to news reports, this sudden violent rampage was completely out of character for James Holmes, who was described as “shy.”

Billy Kromka, a pre-med student at the University of Colorado, Boulder, worked with Mr. Holmes for three months last summer as a research assistant in a lab of at the Anschutz Medical Campus. Mr. Kromka said he was surprised to learn Mr. Holmes was the shooting suspect. “It was just shocking, because there was no way I thought he could have the capacity to do commit an atrocity like this,” he said.

“He spent much of his time immersed in the computer, often participating in role-playing online games…”

There is already conjecture that James Holmes may have been involved in mind-altering neuroscience research and ended up becoming involved at a depth he never anticipated. His actions clearly show a strange detachment from reality, indicating he was not in his right mind. That can only typically be accomplished through drugs, hypnosis or trauma (and sometimes all three).

His behavior doesn’t add up

His behavior already reveals stark inconsistencies that question the mainstream explanation of events. For example, he opened fire on innocent people but then calmly surrendered to police without resistance. This is not consistent with the idea of “killing everyone.”

Furthermore, he then admitted to police that his apartment was booby-trapped with explosives. If you were really an evil-minded Joker trying to kill people (including cops), why would you warn them about the booby trap in advance? It doesn’t add up.

“Holmes was taken into custody shortly after the shooting, police said, adding he didn’t resist when he was arrested,” reports a local CBS news affiliate:

“After his arrest, Holmes told police about ‘possible explosives in his residence,’ Oates said. When police searched his apartment, they discovered it was booby-trapped and evacuated surrounding buildings, police said. Oates said bomb technicians are determining how to disarm flammable or explosive material in the third-floor apartment. He said police could be there some time.”

None of this checks out. If you’re a killer bent on causing mayhem, why tell the police about your surprise bomb waiting for them back at your apartment?

Holmes was clearly provided with exotic gear (and bomb-making skills)

“He said pictures from inside the apartment are fairly disturbing and the devices look to be sophisticated, adding the booby-traps were ‘something I’ve never seen.’ One rifle, two handguns, a knife, a bullet proof vest, a ballistic helmet, a gas device, a gas mask, military SWAT clothing and unidentified explosives were also found in Holmes’ car, a law enforcement source told CBS News. Oates said Holmes wore a gas mask, a ballistic helmet and vest as well as leg, groin and throat protectors during the shooting.”

In other words, this guy was equipped with exotic gear by someone with connections to military equipment. SWAT clothing, explosives, complex booby-traps… c’mon, this isn’t a “lone gunman.” This is somebody who was selected for a mission, given equipment to carry it out, then somehow brainwashed into getting it done.

UPDATE:  It is now being reported that exotic, advanced booby-traps have been disarmed at the apartment of James Holmes. The Denver affiliate of CBS News is now reporting:

Officials say they have removed all major threats at the booby-trapped apartment of the Aurora movie theater shooting suspect on Saturday. They have used a robot to go inside James Holmes’ apartment. …They were able to disable a trip wire that was set to go off when the apartment door was opened. “This is some serious stuff that our team is dealing with…”

…there were multiple trip wires throughout the apartment. Investigators have also seen what appear to be mortars planted in the apartment — sort of the kind of mortars that might be seen in a commercial fireworks show. Up to a half dozen of them are scattered around.

…they have seen a number of inflated balloons in the apartment… with many appearing to be filled with a powder. Also linked together are bottles of liquid. …a strong smell of gasoline emanating from the apartment.

…several boxes on top of the refrigerator and there are lights flashing on the boxes.

…30 aerial shells (fireworks) commercially legally available for purchase. …the suspect may have filled them with smokeless powder. …entering the apartment would have caused a trip wire to trigger one liquid container to pour/mix with another. When the two mix together, they set off the main charge of the device which may be additional flammable liquids.

…an enormously dangerous mission. About 100 personnel are on scene.

Mystery man Holmes has no background

On top of all this, Holmes apparently has no background. “He’s not on anybody’s radar screen — nothing,” said a peace officer in a NYT article. “This guy is somewhat of an enigma. Nobody knows anything about him.”

Question: How does an unemployed medical student afford $20,000 in weapons gear?

If you start to look at the really big picture here, the obvious question arises: How does an unemployed medical student afford all the complex weapons gear, bomb-making gear, “flammable” booby trap devices, ammunition, multiple magazines, bullet-proof vest, groin protection, ballistic helmet, SWAT uniform and all the rest of it?

A decent AR-15 rifle costs $1,000 or more all by itself. The shotgun and handgun might run another $800 total. Spare mags, sights, slings, and so on will run you at least another $1,000 across three firearms. The bullet-proof vest is easily another $800, and the cost of the bomb-making gear is anybody’s guess. With all the specialty body gear, ammunition, booby-trap devices and more, I’m guessing this is at least $20,000 in weapons and tactical gear, much of which is very difficult for civilians to get in the first place. Comment added: Don’t forget the cost of all the training (thousands of dollars) and the bomb-making equipment. Holmes reportedly had 30 improvised grenades, mortars, binary liquids that explode when mixed, wires, exotic bomb equipment… this gets expensive very quickly (even if you can source this equipment!).

The mere manufacture of an explosive booby-trap device is, all by itself, a felony crime by the way. And remember: “Aurora Police Chief Dan Oates said Holmes’ apartment is booby-trapped with a ‘sophisticated’ maze of flammable devices. It could take hours or days for authorities to disarm it.”

Question: Where does an unemployed, introverted medical school student get the training to deploy sophisticated booby traps, tactical body armor, weapons systems and more? Certainly not in graduate school!

All this leads to an obvious third party influence over all this. Someone else taught this guy these skills and funded the acquisition of the equipment.

Note: The $20,000 figure estimated here, all the extras that you need to effectively run these guns cost a lot of money: training courses, spare magazines, etc. Just a decent AR-15 battle sight (a holographic red dot sight) can run $1,000 – $2,000. Search “ACOG” if you don’t believe me. It is also reported that Holmes bought 6,000 rounds of ammo, which definitely isn’t cheap either, especially given that we now know half of those rounds were rifle rounds. It’s clear this guy was spending big bucks. Whether it’s $10k or $20k isn’t really that much of a point.

Nurse Who Cared For Aurora Shooting Victims, Drowns In Iowa

VIDEO: Blood in back of theater cover-up

VIDEO: Only days before the shooting, Lil Wayne’s music video

Dems To Use Batman Villain Against Romney

FBI has a track record of staging similar assaults, then stopping them at the last minute

This is not your run-of-the-mill crime of passion. It was a carefully planned, heavily funded and technically advanced attack. Who might be behind all this? The FBI, of course, which has a long history of setting up and staging similar attacks, then stopping them right before they happen. See four documented stories on these facts:

Terrorist Plots, Hatched by the F.B.I.

As you soak all this in, remember that the FBI had admitted to setting up terror plots, providing the weapons and gear, staging the location of the bombings and even driving the vehicles to pull it off! This is not a conspiracy theory, it’s been admitted by the FBI right out in the open. Even the New York Times openly reports all this in stories like this one: