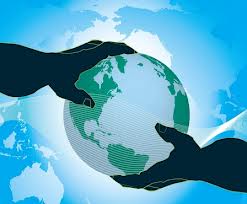 The Council on Foreign Relations is an independent, nonpartisan membership organization, think tank, and publisher dedicated to being a resource for its members.

Government officials, business executives, journalists, educators and students, civic and religious leaders, and other interested citizens in order to help them better understand the world and the foreign policy choices facing the United States and other countries.

The Council on Foregin Relations was founded on July 29, 1921 in New York City by Col. Edward Madell House, chief adviser to President Woodrow Wilson. The founders included many of those who had been at the signing of the Treaty of Versailles after World War I, including Colonel Edward House and Walter Lippmann.

Finances for the CFR came from the same players that set up the Federal Reserve System in America: J.P. Morgan; John D. Rockefeller; Bernard Baruch; Paul Warburg; Otto Kahn; and Jacob Schiff. Through its membership, meetings, and studies, it has been called the most powerful agent of United States foreign policy outside the State Department.