How Public Meetings are Controlled 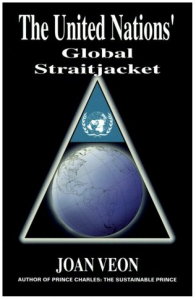 One variation on the Delphi technique is to use a series of meetings. The attendees are often given a number or a colored card when they enter the room, to determine at which table they are to sit. The purpose of this is to break up the groups of potentially knowledgeable people who arrive together so that they will be sitting with strangers and therefore be subdued.

Typically, at each table is a facilitator, someone who will know which way to help “steer” the group. Usually the people at each table are instructed to answer among themselves some of the questions and arrive at a table consensus. Someone is chosen to speak for the table, most of the time it is the person who has been secretly pre-briefed about the desired Delphi outcome. The table spokesperson is the only one allowed to address the podium and the others have little opportunity to address the podium or the crowd directly.

Anyone knowledgeable enough, or brave enough, to speak out in opposition will not be welcomed. Often they are told from the podium, “We don’t have time to discuss that now,” or “We discussed that on another date,” or ”We can discuss that after the meeting.• They will attempt to quiet, isolate, and discredit dissenters. After attending the Delphi meeting, participants may feel uneasy that they are in disagreement with the apparent majority. The Delphi technique is often successful in bluffing people into submission…”

Appendix A: Are You Being Delphied

Appendix B: The End-Time Servant

Postscript The Empowerment of the United Nations: The Teeth Are Added