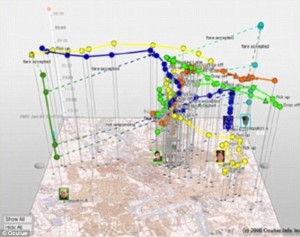 These images sometimes contain latitude and longitude details — automatically embedded by smartphones within so-called ‘exif header data’. Riot pulls out this information, analysing not only the photographs posted by individuals, but also the location where these images were taken.

376 responses to “How Raytheon software tracks you online…Must Watch!”