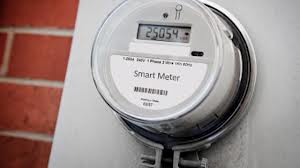 As if police in most major cities didn’t have enough to do already, now they are being deployed as enforcers for the nanny state.

Cops in Naperville, Ill., a suburb of Chicago, have arrested two mothers after they attempted to block utility workers from installing so-called “smart meters” on their homes. The women, who were known to be vocal opponents of the wireless electric meters, apparently, were not the only smart meter opponents, however, because city officials told the Chicago Tribune they have ordered police to accompany utility crews as they install the meters on other homes where they were previously sent away.

“The previous installation attempts were met with some resistance and we wanted to ensure our employees’ safety,” City Manager Doug Krieger told the paper.

Your home is not your castle

According to the paper Naperville has installed about 57,000 smart meters already and is about 99 percent finished with the process. Officials say the meters will make the city’s electrical system more efficient and reliable and will also reduce costs.

But the Naperville Smart Meter Awareness group says they are concerned about the health, security and privacy aspects of the wireless smart meters. They group, which was led by the two women who were arrested, has a federal lawsuit pending against the city.

Malia “Kim” Bendis, one of the two, was charged with a pair of misdemeanors, the Tribune said – attempted eavesdropping and resisting a peace officer. The other woman, Jennifer Stahl, also received two citations – interfering with police and preventing access to customer premises. Again, your home is not your home in Naperville, apparently.

Upon her release, Stahl said when she refused a smart meter for her home utility installers accompanied by cops cut a bicycle lock she had put on her fence before entering her backyard. After that little incident of trespassing, she said she had no choice but to stand in front of her old meter, refusing to move.

“It was forced on my house today,” she said, according to the paper. “It was really a violation. I violated something, but I’ve been violated too so I guess we’re now in a society of violating one another.”

Naturally, the city is defending its actions. Officials say the smart meters are no big deal – they are safe, they are “smart,” they will save residents money and they will improve the efficiency of the electrical grid.

But privacy advocates like Stahl and Bendis are rightfully concerned about what personal information and data the systems are relaying back to – whomever.

Others are also worried about the anti-privacy implications associated with smart meter technology. National Geographic outlined such concerns in a recent report:

In theory, the information collected by smart meters could reveal how many people live in a home, their daily routines, changes in those routines, what types of electronic equipment are in the home, and other details. “It’s not hard to imagine a divorce lawyer subpoenaing this information, an insurance company interpreting the data in a way that allows it to penalize customers, or criminals intercepting the information to plan a burglary,” the private nonprofit Electronic Frontier Foundation noted in a blog post about smart meters.

Plus, to add insult to injury, the smart meters come with added costs, at least for Naperville residents: According to the Tribune, “there is a $68.35 initial fee for a non-wireless meter plus a $24.75 monthly fee for reading it” (our emphasis). So, not only do Naperville residents not have a choice whether or not they get one, they are going have to pay a monthly stipend for the “privilege” of having their civil rights violated.

And just exactly how are these devices supposed to save residents money, when they cost more per month just to have? If the meters don’t save residents more than $25 a month, it looks to us like electric bills in Naperville just went up.

‘We have the right to violate your rights’

Stahl has it right. She says residents who want a non-wireless meter shouldn’t have to pay for it because, after all, if the city utility is foisting it on residents, the cost should be on the city. She says she represents other homeowners who were unable to continue refusing the installation.

“I have not done the work of attempting to educate the community and advocating for the right of anybody in Naperville to refuse the smart meter just to stand off to the side,” she said.

When Bendis exited the police department, a handful of smart meter opponents were there to cheer her. Citing advice from her attorney, however, she declined comment to the press.

Krieger was unrepentant, as expected, as well as dismissive of homeowners’ concerns.

“The city has always had and maintains the right to access our equipment, and…we were simply exercising that right,” he told the paper.