Skip to content
HomePower EliteHidden HistoryIran nuclear threat? A timeline of warnings since 1979 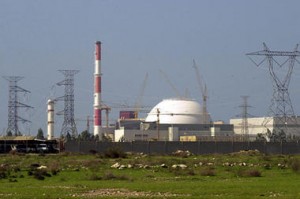 For more than quarter of a century Western officials have claimed repeatedly that Iran is close to joining the nuclear club.

Such a result is always declared “unacceptable” and a possible reason for military action, with “all options on the table” to prevent upsetting the Mideast strategic balance dominated by the US and Israel.

And yet, those predictions have time and again come and gone. This chronicle of past predictions lends historical perspective to today’s rhetoric about Iran.

Fear of an Iranian nuclear weapon predates Iran’s 1979 Islamic revolution, when the pro-West Shah Mohammad Reza Pahlavi was deep in negotiations with the US, France and West Germany, on a nuclear-energy spending spree that was to yield 20 reactors.

Late 1970s: US receives intelligence that the Shah had “set up a clandestine nuclear weapons development program.”

1979: Shah ousted in the Iranian revolution, ushering in the Islamic Republic. After the overthrow of the Shah, the US stopped supplying highly enriched uranium (HEU) to Iran. The revolutionary government guided by Ayatollah Ruhollah Khomeini condemned nuclear weapons and energy, and for a time stopped all projects.

Though Israel had secretly done business with the Islamic Republic after the 1979 revolution, seeking to cultivate a Persian wedge against its local Arab enemies, the early 1990s saw a concerted effort by Tel Aviv to portray Iran as a new and existential threat.

1992: Israeli parliamentarian Benjamin Netanyahu tells his colleagues that Iran is 3 to 5 years from being able to produce a nuclear weapon – and that the threat had to be “uprooted by an international front headed by the US.”

1992: Israeli Foreign Minister Shimon Peres tells French TV that Iran was set to have nuclear warheads by 1999. “Iran is the greatest threat and greatest problem in the Middle East,” Peres warned, “because it seeks the nuclear option while holding a highly dangerous stance of extreme religious militanCY.”

The same alarm bells were already ringing in Washington, where in early 1992 a task force of the House Republican Research Committee claimed that there was a “98 percent certainty that Iran already had all (or virtually all) of the components required for two or three operational nuclear weapons.”

Similar predictions received airtime, including one from then-CIA chief Robert Gates that Iran’s nuclear program could be a “serious problem” in five years or less. Still, the bureaucracy took some time to catch up with the Iran threat rhetoric.

1992: Leaked copy of the Pentagon’s “Defense Strategy for the 1990s” makes little reference to Iran, despite laying out seven scenarios for potential future conflict that stretch from Iraq to North Korea.

1995: The New York Times conveys the fears of senior US and Israeli officials that “Iran is much closer to producing nuclear weapons than previously thought” – about five years away – and that Iran’s nuclear bomb is “at the top of the list” of dangers in the coming decade. The report speaks of an “acceleration of the Iranian nuclear program,” claims that Iran “began an intensive campaign to develop and acquire nuclear weapons” in 1987, and says Iran was “believed” to have recruited scientists from the former Soviet Union and Pakistan to advise them.

1997: The Christian Science Monitor reports that US pressure on Iran’s nuclear suppliers had “forced Iran to adjust its suspected timetable for a bomb. Experts now say Iran is unlikely to acquire nuclear weapons for eight or 10 years.”

But Iran was putting the pieces of its strategic puzzle together. A US spy satellite detected the launch of an Iranian medium-range missile, sparking speculation about the danger posed to Israel.

1998: The New York Times said that Israel was less safe as a result of the launch even though Israel alone in the Middle East possessed both nuclear weapons and the long-range missiles to drop them anywhere. “The major reaction to this is going to be from Israel, and we have to worry what action the Israelis will take,” the Times quoted a former intelligence official as saying. An unidentified expert said: “This test shows Iran is bent on acquiring nuclear weapons, because no one builds an 800-mile missile to deliver conventional warheads.”

1998: The same week, former Defense Secretary Donald Rumsfeld reports to Congress that Iran could build an intercontinental ballistic missile – one that could hit the US – within five years. The CIA gave a timeframe of 12 years.

2002: CIA warns that the danger from nuclear-tipped missiles, especially from Iran and North Korea, is higher than during the cold war. Robert Walpole, then a top CIA officer for strategic and nuclear programs, tells a Senate panel that Iran’s missile capability had grown more quickly than expected in the previous two years – putting it on par with North Korea. The threat “will continue to grow as the capabilities of potential adversaries mature,” he says.

2002: President George W. Bush labels Iran as part of the “axis of evil,” along with Iraq and North Korea.

In August 2002, the Iranian opposition group Mojahedin-e Khalq (MEK, a.k.a. MKO) announces that Iran is building an underground uranium enrichment facility at Natanz, and a heavy water reactor at Arak. It is widely believed that the evidence had been passed to the MEK by Israeli intelligence.

Enrichment and reactors are not forbidden to Iran as a signatory of the Nuclear Non-Proliferation Treaty (NPT), but the failure to disclose the work prompts an IAEA investigation and much closer scrutiny. Iran insists its efforts are peaceful, but is found in breach of its IAEA safeguards agreement, and accused by the IAEA of a “pattern of concealment.”

2004: Then-Secretary of State Colin Powell tells reporters that Iran had been working on technology to fit a nuclear warhead onto a missile. “We are talking about information that says they not only have [the] missiles but information that suggests they are working hard about how to put the two together,” he said.

2005: US presents 1,000 pages of designs and other documentation allegedly retrieved from a computer laptop in Iran the previous year, which are said to detail high-explosives testing and a nuclear-capable missile warhead. The “alleged studies,” as they have since been called, are dismissed by Iran as forgeries by hostile intelligence services.

2006: The drums of war beat faster after the New Yorker’s Seymour Hersh quotes US sources saying that a strike on Iran is all but inevitable, and that there are plans to use tactical nuclear weapons against buried Iranian facilities.

2007: President Bush warns that a nuclear-armed Iran could lead to “World War III.” Vice President Dick Cheney had previously warned of “serious consequences” if Iran did not give up its nuclear program.

2007: A month later, an unclassified National Intelligence Estimate (NIE) on Iran is released, which controversially judges with “high confidence” that Iran had given up its nuclear weapons effort in fall 2003.

The report, meant to codify the received wisdom of America’s 16 spy agencies, turns decades of Washington assumptions upside down. Iranian President Mahmoud Ahmadinejad calls the report a “victory for the Iranian nation.” An Iranian newspaper editor in Tehran tells the Monitor, “The conservatives … feel the chance of war against them is gone.”

June 2008: Then-US Ambassador to the United Nations John Bolton predicts that Israel will attack Iran before January 2009, taking advantage of a window before the next US president came to office.

May 2009: US Senate Foreign Relations Committee reports states: “There is no sign that Iran’s leaders have ordered up a bomb.”

Despite reports and intelligence assessments to the contrary, Israeli and many US officials continue to assume that Iran is determined to have nuclear weapons as soon as possible.

August 2010: An article by Jeffrey Goldberg in The Atlantic’s September issue is published online, outlining a scenario in which Israel would chose to launch a unilateral strike against Iran with 100 aircraft, “because a nuclear Iran poses the gravest threat since Hitler to the physical survival of the Jewish people.”

Drawing on interviews with “roughly 40 current and past Israeli decision makers about a military strike” and American and Arab officials, Mr. Goldberg predicts that Israel will launch a strike by July 2011. The story notes previous Israeli strikes on nuclear facilities in Iraq and Syria, and quotes Israeli Prime Minister Benjamin Netanyahu saying, “You don’t want a messianic apocalyptic cult controlling atomic bombs. When the wide-eyed believer gets hold of the reins of power and the weapons of mass death, then the world should start worrying, and that’s what is happening in Iran.”

2010: US officials note that Iran’s nuclear program has been slowed by four sets of UN Security Council sanctions and a host of US and EU measures. The Stuxnet computer virus also played havoc through 2011 with Iran’s thousands of spinning centrifuges that enrich uranium.

January 2011: When Meir Dagan steps down as director of Israel’s Mossad spy agency, he says that Iran would not be able to produce a nuclear weapon until 2015. “Israel should not hasten to attack Iran, doing so only when the sword is upon its neck,” Mr. Dagan warned. Later he said that attacking Iran would be “a stupid idea…. The regional challenge that Israel would face would be impossible.”

January 2011: A report by the Federation of American Scientists on Iran’s uranium enrichment says there is “no question” that Tehran already has the technical capability to produce a “crude” nuclear device.

February 2011: National intelligence director James Clapper affirms in testimony before Congress that “Iran is keeping the option open to develop nuclear weapons in part by developing various nuclear capabilities and better position it to produce such weapons, should it choose to do so,” Mr. Clapper said. “We do not know, however, if Iran will eventually decide to build nuclear weapons.”

November 2011: The IAEA claims for the first time that Iran is has worked on weapons-related activities for years, publishing detailed information based on more than 1,000 pages of design information that is corroborated, it says, by data from 10 member states and its own investigation and interviews.