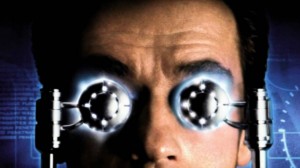 Revelation of the Method concerns mind control in the last stages and at a high level. When you tell someone what you are doing to them – murder, mayhem, kidnap, rape, you name it – and they do nothing to stop you or protect themselves, you have created a doubly enslaved subject.

This part of the motivation for the occult processing of America through ritual murder etc. The Cryptocracy carries out “cereal” murder crimes attended by archetypal signs and symbols which the dreaming mind of the Group Mind groks at a certain level. Next they confess in the Videodrome that it is the police and the authorities who are behind the crimes. Then they let the whole stew percolate into the psyche of the masses until the next covert sting operation.

This is partly why we have the least revolutionary and most passive population in recent memory. I’m not advertising the invincibility or genius of the Cryptocracy. They are succeeding by default and by dint of their great gambler’s instincts. It’s a huge risk to reveal to people what you’ve done to them. Somebody who can decode this for the masses can short circuit it and turn it against the Cryptocracy.

They guard against this by seeding all kinds of X-files style “noise” into the ranks of conspiracy students – all intended to mislead and to muddy the waters so that one clear voice of discernment, one vision for decoding the story, can’t be seen or heard amid the competing din. That’s what has happened thus far, but I believe that it is inevitable that my work is going to gain more currency. Give me two hours with any group of average intelligence and I’ll have them reading twilight language and decoding occult rituals for the rest of their lives.

When that happens the Cryptocrats become transparent and they’re in quite a spot of trouble if you ask me, because all they have is this Oz game of the man behind the curtain. It’s a huge con. I am synchronizing people with reality and there’s power in that because reality is truth. “What is truth?” asked Pontius Pilate. Truth is what the universe operates on. It’s what fuels the sun and makes the galaxies spiral. It can be known and it can be surfed, and it can help and heal us all because it’s the motive force of what brought us here in the first place. The Cryptocracy can be diminished and shifted out of the way with this power. But to use this power people have to love truth.

Most conspiracy researchers these days don’t love truth. They love novelty. They love to contemplate a million fantasy scenarios and theories rather like an enchanting flower garden. The Cryptocracy has got those people right where it wants them. For such people my ideas will be merely the latest strange novelty.