The Mainstream Media Is Scripted 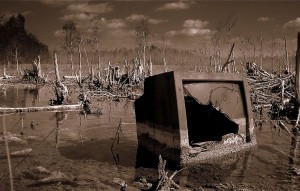 What he shows his audience probably doesn’t shock many, but certainly it seems to provide warrant for the growing movement challenging the mainstream media.

The video of O’brien recently began to go viral during the holiday season. Here it is.

In most of these cases where O’Brien uses anchors from different TV stations all over the country reading the exact same script word for word, the source of that script is some kind of wire service. This means those stations have subscribed to AP, Reuters, CNN, FOX, ABC, NBC, etc wire services.

In those cases, the wire story will come down and a station reporter or producer will copy and paste it word for word into a newscast.The problem with this policy is that reporters and producers simply take that content as gospel and no one in any newsroom ever bothers to fact check or verify if the wire story is correct.

Simply put, in a newsroom, if it is on the wire it has to be true.

Posted in The Media Matrix | 864 Responses

864 responses to “The Mainstream Media Is Scripted”