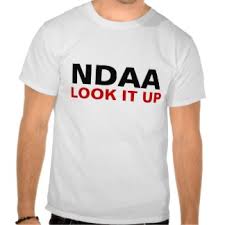 For the second time this week, the US Senate has sent legislation to the president’s desk that will have a big impact on Pentagon policies and budgeting.

In a vote that ended around 11:40 p.m. Thursday, the chamber voted 84-15 to pass the 2014 national defense authorization act (NDAA), which clears the Pentagon to spend $607 billion, including $527 billion in base funding and $80 billion for America’s global operations.

The defense policy bill is “one of the essential pieces of legislation the Senate considers every year,” Senate Minority Leader Mitch McConnell, R-Ky., said this week. The NDAA “is legislation that … puts muscle behind America’s most important strategic objectives around the globe.”

Levin said “the bill before us is not a Democratic bill and it is not a Republican bill. It is a bipartisan, bicameral defense bill.”

“It is a good bill and one that deserved the strong support it received in the House of Representatives and that I hope will receive a strong vote in the Senate tomorrow,” said Senate Armed Services Committee Chairman Carl Levin, D-Mich. “The bill includes hundreds of important provisions to ensure that the department can carry out its essential national defense missions.”

While the two parties agreed over the substance of the bill, they were bitterly opposed over the amendments-free process used to pass it for the 53rd consecutive year.

GOP members wanted to offer amendments on the floor, but House and Senate Armed Services Committee leaders got their respective leaders to agree to prohibit amendments so the measure could be passed by year’s end.

The bill, compiled late last month and early this month after the Senate killed another version of it before Thanksgiving, includes about 80 non-controversial amendments that had been pushed by House members and senators. Those cover everything from sexual assault to building infrastructure in Afghanistan to funding for new platforms, such as nuclear aircraft carriers and a long-range bomber.

Also making the cut were provisions for Pentagon-run anti-narcotics programs, assisting the Jordanian armed forces in securing their border with Syria and cash aimed at the destruction of Syrian chemical weapons stocks.

What’s more, “our bill enables the Department of Defense to save more than $1 billion by authorizing a number of multiyear contracts,” Levin said.

The panel’s ranking member, Sen. James Inhofe, R-Okla., said he “feel[s] strongly that we have a good bill.”

Some analysts, however, slammed the legislation.

“The passage of a National Defense Authorization Act (NDAA) that calls for $30 billion more for the Pentagon and allied agencies than is contained in the recent budget deal passed by both houses of Congress is just the latest indication that defense hawks continue to live in their own world, untroubled by fiscal constraints,” said William Hartung, director of the Arms & Security Project at the Center for International Policy.

Ryan Alexander, president of Taxpayers for Common Sense, hit the bill for provisions such as one clearing the Pentagon to spend for weapon systems it did not request.

“The Pentagon and Congress have seemingly woken up to the fact that spending on weapon systems is not a bottomless well. The defense authorization bill passed by the Senate today sets procurement spending at about $98 billion,” Alexander said.

“But even in these ‘austere’ times for Pentagon weapons procurement, the bill would spend $6 billion on the F-35 fighter. It also authorizes $1.7 billion for an additional four Littoral Combat Ship (LCS). Designed to operate in two vastly different environments, the LCS is doomed to do poorly at both,” she said. “And then there is $178 million in the bill for M-1 Abrams tanks that the Pentagon never asked for.