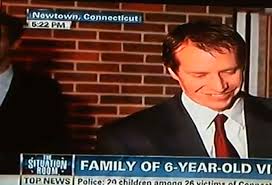 Sandy Hook poses so many uncertainties and even contradictions that it should come as no surprise that virtually every aspect of whatever happened is being subjected to the most minute scrutiny.

The question is not as unwarranted as most of the public might believe. If this had been a real shooting of children, there would have been a sense of panic and of hysteria.

EMTs would have rushed into the school building. The children would have been rushed out on stretchers and into ambulances and other vehicles and rushed to a hospital for doctors to treat them and formally pronounce the death of those who had been killed. Nothing remotely like this happened.

The police cordoned off everyone from the school. No one was allowed to see the bodies. They were transported in the dead of night. It was simply bizarre beyond belief.

Then it was reported Adam Lanza shot 26 people dead in 3 minutes. Really? I don’t think so. I’m not buying that (and a lot of people I talk to aren’t buying it, either).

Shooter almost always commits suicide – This too fails to pass the gut check. We’re told school shooters typically arrive on the scene in full riot gear. And in this case, Lanza is no different… armed with a rifle, shotgun and two handguns.

He also donned a bulletproof vest – wanting to protect himself from getting shot. Yet in this interview, Newtown Police Chief Michael Kehoe and Captain Joe Rios claimed their presence triggered Lanza to take his own life.

Why would someone wear a bullet-proof vest and commit suicide? Also, how in the world could two cops get the emergency call, arrive on the scene, and search the entire school and find the shooter in just 3 minutes?

Emergency drills as a cover – Every single shooting I’ve looked into over the last dozen or so years involves a similar drill coinciding with the publicized event.

No exception… every single one.

“By grim coincidence, even as the terrible events were unfolding in Newtown on Friday morning, the Putnam County Emergency Response Team (“ERT”) happened to be assembled for regular training in Carmel, and team members were at that very moment engaged in a mock scenario of an active-shooter in a school. The ERT is comprised of specially trained and heavily armed officers from the Sheriff’s Office and the Carmel and Kent Police Departments. When news broke of the Newtown shooting, the Putnam County ERT commander called Newtown Police and offered to have the ERT
respond to the Sandy Hook school, but that response was not needed because Connecticut police had already secured the scene.”

If we know that the official narrative of what transpired at the Sandy Hook Elementary School is simply untenable, and that no legitimate proof or evidence exists to support the contention Adam Lanza went on a shooting rampage murdering 20 children and 6 adults that fateful day, what exactly happened?

Was the alleged Sandy Hook shooting a massive hoax presented to the public as a real event via the mass media with the intent of advancing and conditioning the public into accepting a number of political agendas, including gun-control?

Was the alleged shooting in fact a “mass shooting” drill organized by the Department of Homeland Security working in conjunction with officials with the State of Connecticut, Connecticut State Police, elements of the mass media, and others, and presented as a real event to a gullible – and traumatized – public? Consider the following facts:

On December 14, 2012, America changed. America changed in ways reminiscent of the aftermath of 9/11.
On that fateful day last December, America changed from a decreasingly open society suffering under draconian legislation, such as the Patriot Act and NDAA, into a Soviet-style totalitarian society employing deceit and psychological manipulation, not only on its external enemies, but also upon its own citizens in an increasingly blatant manner.

On that day, Americans and the world public were fed a story-line, a script written to psychologically and emotionally terrorize an already traumatized and vulnerable audience into accepting a preconceived political agenda relating primarily to gun-control and mental health services. The Sandy Hook deception was designed to attack and ultimately destroy the uniquely American tradition of private gun-ownership, independence, and self-reliance.

It’s time that we take a closer look at Sandy Hook. This time, using the same kinds of Structured Methods of Intelligence Analysis that the CIA employs – such as the Analysis of Competing Hypotheses, Hypothesis Mapping, Argument Mapping and Logic – techniques which this reporter utilized to investigate the official narrative of the alleged Sandy Hook shooting.

We also need to call out those who have been intentionally misrepresenting our concerns by setting up fallacious straw-man arguments, ignoring or distorting our views and points of contention with the official narrative of Sandy Hook, appealing to authority and emotion, and generally engaging in intellectually dishonest tactics.

Until legitimate evidence and proof is offered demonstrating a shooting did take place in which 20 children and 6 adults were murdered by Adam Lanza (and there should be lots of verifiable proof if this shooting did happen), the official narrative and propaganda associated with the Sandy Hook shooting should be rejected. Rather than demonstrating a mass shooting perpetrated by a crazed “lone gunman” named Adam Lanza took place by presenting legitimate evidence and offering proof, the government and media presented a carefully crafted script playing on our emotions, appealing to authority, and generally exploiting our psychological weaknesses. The public was – and remains – expected to simply believe what the government and media have told us about the alleged Sandy Hook shooting.

Was the Sandy Hook shooting an elaborate hoax presented as a real event via the mass media, designed to advance a particular political agenda, or set of agendas, including destroying the Second Amendment and the uniquely American tradition of private gun ownership?

Based on the known facts, this appears to be a much more plausible explanation than accepting the official narrative promoted by the government and media…no matter how revolutionary or controversial such an idea may be to certain individuals.