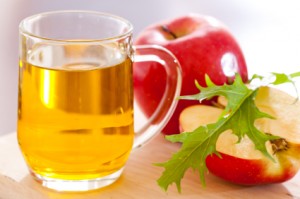 Why People Use Apple Cider Vinegar

Proponents claim that apple cider vinegar can help with the following health conditions:

It’s important to know, however, that due to the lack of supporting research, apple cider vinegar cannot be recommended for treatment or prevention of any health problem.

To date, few studies have tested the health effects of apple cider vinegar. Here’s a look at some key findings from the available research:

Some preliminary research suggests that vinegar (both apple cider vinegar and other types) may benefit people with diabetes. For example, in a 2007 study published in Diabetes Care, researchers found that type 2 diabetes patients who consumed two tablespoons of apple cider vinegar at bedtime showed favorable changes in blood sugar levels the following morning. And in an animal-based study published in the Pakistan Journal of Biological Sciences, scientists found that diabetic rats fed an apple-cider-vinegar-enhanced diet for four weeks experienced an increase in HDL (“good”) cholesterol (as well as a reduction in their levels of triglycerides, a type of harmful blood fat).

There is limited scientific support for the claim that apple cider vinegar can promote weight loss. However, one small study (published in Bioscience, Biotechnology, and Biochemistry in 2009) found that obese people who consumed acetic acid daily for 12 weeks experienced significant decreases in body weight, abdominal fat, waist circumference, and triglycerides. In tests on mice, another 2009 study (published in the Journal of Agricultural and Food Chemistry) found that acetic acid may help prevent the buildup of body fat and certain liver fats.

It’s unknown whether these studies tested the use of acetic acid derived from apple cider vinegar or from other vinegar types.

Acetic acid may help lower high blood pressure, according to an animal-based study published in Bioscience, Biotechnology, and Biochemistry in 2001. Again, it’s unknown whether this study tested the use of acetic acid derived from apple cider vinegar or from another vinegar type.

Published in the British Journal of Nutrition, a 2006 study found that rats fed acetic acid for 19 days had a significant reduction in total cholesterol and triglyceride levels.

A home remedy for dandruff is to mix 1/4 cup apple cider vinegar with 1/4 cup water. The vinegar solution is thought to restore the restore the pH balance of the scalp and discourage the overgrowth of malassezia furfur, the yeast-like fungus thought to trigger dandruff.

The vinegar mixture is usually poured into a spray bottle and spritzed on the hair and scalp, avoiding the eye and ear area. A towel is then wrapped around the head and left on 15 minutes to an hour. After that, the vinegar can be washed from the hair. Alternative practitioners often recommend it once or twice a week for dandruff.

When using apple cider vinegar to treat acne, some alternative practitioners recommend mixing one part apple cider vinegar with three parts water. The solution is then dabbed onto the pimple. Since there have been case reports of skin damage and burns from using full-strength vinegar on the face, it’s important to take caution when using this remedy.

Some alternative practitioners recommend using apple cider vinegar to restore alkaline acid balance. The theory behind the alkaline diet is that our blood is slightly alkaline (with a normal pH level of between 7.35 and 7.45) and that our diet should reflect this pH level. Proponents of the alkaline-acid theory believe that a diet high in acid-producing foods leads to lack of energy, excessive mucous production, infections, anxiety, irritability, headache, sore throat, nasal and sinus congestion, allergic reactions, and increased risk of conditions such as arthritis and gout.

Side Effects and Safety Concerns

People with allergies to apples should avoid apple cider vinegar.

Vinegar applied to the skin may cause burns and scarring.

Excessive doses of apple cider vinegar have been found to cause damage to the stomach, duodenum, and liver in animals.

Theoretically, prolonged use of apple cider vinegar could lead to lower potassium levels, which could increase the risk of toxicity of cardiac glycoside drugs such as Lanoxin (digoxin), insulin, laxatives, and diuretics such as Lasix (furosemide).

Where to Find Apple Cider Vinegar

Unlike white vinegar, apple cider vinegar is a light yellow-brown color and is often sold unfiltered and unpasteurized with a dark, cloudy sediment settled at the bottom of the bottle. Known as “mother of vinegar,” this sediment consists mainly of acetic acid bacteria. Unfiltered and unpasteurized apple cider vinegar is sold in health food stores, online and in some grocery stores.

Although other types of vinegar – such as white vinegar, balsamic vinegar, red wine vinegar and rice wine vinegar – are used mainly in cooking, apple cider vinegar is used primarily for health purposes. Hippocrates was said to have used it as a health tonic, and American soldiers are said to have used it to combat indigestion, pneumonia and scurvy.

In the 1970s, apple cider vinegar became popular once again, this time with the help of proponents who had read Jarvis’ book and suggested that apple cider vinegar (along with kelp, vitamin B6, and lecithin) could help people lose weight by speeding metabolism and burning fat at a faster rate.

15 More Reasons to Use Apple Cider Vinegar Every Day

3. Natural apple cider vinegar regulates the pH of your skin. Dilute apple cider vinegar with two parts water, and spread the concoction over your face with a cotton ball to replace your current toner. You can do this at night after washing, and in the morning before you apply your moisturizer. A dab of apple cider vinegar can also be left on the skin overnight to fade age spots or acne scars.

It is also a recommended agent for warts. For warts, soak a cotton ball in apple cider vinegar, then fasten the cotton ball over the wart with a Band-Aid overnight. The skin may swell some as it reacts with the solution. However, the wart will fall off. Once it falls off, the treatment should be continued for a few more days, to make sure the wart doesn’t return.

5. Add a cup of apple cider vinegar to your bath, and soak for 10 minutes to eliminate discomfort from sunburn.<

6. Apple Cider vinegar can be used as a natural aftershave. Fill a bottle with equal parts apple cider vinegar and water, and shake before applying to the face.

In a 2009 study published in Bioscience, Biotechnology, and Biochemistry, it was found that subjects that consumed acetic acid for 12 weeks experienced significant declines in body weight, abdominal fat, waist circumference and triglycerides. Triglycerides contribute to the bad cholesterol that we want to avoid.

9. Apple cider Vinegar will balance your entire inner body system. The body constantly strives to achieve a state of equilibrium. Apple cider vinegar helps the body maintain a healthy alkaline pH level. Research shows that higher acid levels (lower pH level) leads to a lack of energy and higher incidences of infection. Hence, my desire to sip some a few times a day for a natural boost of energy.

10. As part of balancing the body’s pH, apple cider vinegar creates an overall detoxification of the body. Research shows that it can help stimulate cardiovascular circulation and help detoxify the liver.

11. This miracle vinegar helps to break up mucous throughout the body and cleanse the lymph nodes. Believe it or not, research suggests that apple cider vinegar can help with allergies because of its ability to reduce mucous and sinus congestion. When reducing the effects of allergies, it can also help stave off sinus infections and their related symptoms (sore throats and headaches).

12. This vinegar is rich in natural enzymes that can help rid your body of candida — yeasts that are attributed to thrush in humans. Candida also is blamed for creating symptoms of fatigue, poor memory, sugar cravings, and yeast infections.

14. The use of apple cider vinegar is effective in repelling fleas on your pets. One part vinegar and one part water can be sprayed on your pets fur and rubbed in generously to the skin. Saturate the entire coat, and continue every day for a few days to a week. Any flea infestation will surely be gone.

15. Apple cider vinegar will clean your toilets and have your bathroom smelling like apples! Just pour apple cider vinegar into the toilet, and allow it to sit overnight. It can also be used in dishwashers as a substitute for dish detergent. Mix 1/2 cup of apple cider vinegar with 1 cup water, and you can use this solution to clean microwaves, kitchen surfaces, windows, glasses and mirrors, too.

As you can see, apple cider vinegar is a miracle product that cab be used in a multitude of ways. I highly recommend its use!