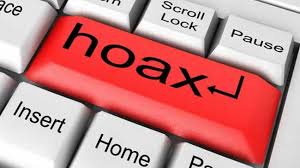 It is a known fact that the FBI is the biggest source of domestic terrorism in America.  Since there are no legitimate domestic terrorists for these clowns to catch, they are creating them instead.  The reason they are engaging in such ridiculous behavior is because they have to justify their pointless and ridiculous jobs.  It also serves as a great way to justify different political agendas and boost cable television ratings.

For years they have been entrapping useful idiots and masterminding various terror plots.  They’ve also been involved in the investigation of various staged hoaxes so the hoax itself can be covered up properly and the official narrative propagated to the masses.  Perhaps even more insane is that many of these staged events appear to now be occurring roughly every six weeks.

It is true that these events don’t always happen six weeks apart but usually the FBI doesn’t go much longer than two months before they are involved in another highly questionable event.  After all, there are undoubtedly a number of logistical challenges that go along with staging these elaborate hoaxes so perhaps they can’t always stick to the planned schedule.  The guys over at the No Agenda podcast have been observing this phenomenon for quite some time now and it looks like they could be on to something.

She did not provide a cause of death.

Authorities and reporters heard a single gunshot late Tuesday afternoon as the 1920s-era cabin in nearby Seven Oaks burned after SWAT officers fired pyrotechnic tear-gas “burners” inside and tore down its walls. Sheriff John McMahon said Wednesday that his deputies “did not intentionally burn down that cabin to get Mr. Dorner out.”

LOS ANGELES (AP) — A farewell note left behind by the Santa Monica gunman expressed remorse for the killing of his father and brother but provided no explanation for the rampage that left them and three others dead.

Police Chief Jacqueline Seabrooks said that the three- to four-page handwritten note was found on John Zawahri’s body after he was shot and killed June 7 by officers on the campus of Santa Monica College.

WASHINGTON — A civilian contractor and military veteran with a valid base entry pass went on a shooting rampage at a U.S. Navy command complex building Monday, killing 12 people before being shot dead himself, authorities said.

Aaron Alexis, 34, a contractor from Fort Worth, was identified by officials as the shooter who was killed in a gunbattle with police responding to the morning attack at the Washington Navy Yard. A military official said Alexis had been a Navy reservist on active duty before being discharged for misconduct.

The FBI said late Monday that Alexis had a valid pass and security clearance to enter the Navy Yard as a civilian contractor. Valerie Parlave, assistant director in charge of the FBI’s Washington field office, said the shooter had “legitimate access to the Navy Yard.”

The 23-year-old suspect in the Los Angeles International Airport shooting had family members worried that he may attempt to take his own life, according to details that have begun to emerge.

Paul Anthony Ciancia, the Los Angeles resident identified by the FBI as the suspected gunman, is alleged to have killed TSA officer Gerardo I. Hernandez, 39, on Friday. Several other people were also hurt in the attack, some who may have been injured while trying to escape from the scene, authorities say.

Ciancia was wounded in a shootout with police and is now in custody.

The shooting – on the eve of the anniversary of the Newtown school massacre in which 20 students and six staffers were murdered (NA MEME) – sent scores of terrified students and staffers at Centennial’s Arapahoe High School scurrying at about 12:30 p.m. Police and other first responders quickly mobilized to surround the 2,220 student school.

One teen, believed to be 15 or 16, was hospitalized with a gunshot wound and listed in serious condition. Another student was injured, but it was unclear whether the teen had been shot.

The suspect, whose name was not released, died of a self-inflicted gunshot, Arapahoe County Sheriff Grayson Robinson said. The incident unfolded when the armed student, said he was interested in confronting a specific teacher. The teacher, informed of the situation, fled school unharmed, Robinson said.

A 58-year-old Wichita avionics technician allegedly plotting an al-Qaeda suicide car bombing at Wichita Mid-Continent Airport was arrested Friday morning as he tried to drive onto the tarmac in a vehicle he thought was loaded with explosives.

Terry Lee Loewen, who works at Hawker Beechcraft Services at the airport, was arrested at 5:40 a.m. CT in an FBI sting operation involving undercover agents posing as members of Yemen-based al-Qaeda in the Arabian Peninsula. Authorities described him as a “lone wolf.”

So in recent history we have three highly suspicious events that appear to have all been staged or covered up by the FBI.  These events have all happened roughly six weeks apart from one another.  If this pattern continues we should expect another staged hoax with FBI involvement to occur sometime around the last week of January to the first week of February.

It should be interesting to see if something happens within that general time frame.  If it does we will keep reporting on this phenomenon until the douche bag terrorists at the FBI quit making this operation so obvious.

Snowden reveals sensitive information as NSA employee about the abuses of the US government.

Hastings became a vocal critic of the surveillance state during the investigation of reporters by the US Department of Justice in 2013, referring to the restrictions on the freedom of the press by the Obama administration as a “war” on journalism.

As I made this post I started to realize there are so many fake stories to include that I need to stop at some point, so there it is for now…leave a comment and I will keep adding them to the list.