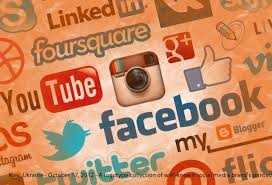 Online hoaxes are a staple of the web and as old as the internet itself, but the viral debunk template is a reaction to the rash of fake stories that blanketed the internet in the last months of 2013 and the first days of this year.

They’re small, lurking bits of misinformation and deception that metastasize into newsy memes.

In China, a man falling to his death in a shopping mall was quickly and incorrectly framed as man driven to suicide by his shopaholic girlfriend. Then there were the pyramids that weren’t covered in snow. The Elan Gale plane confrontation that wasn’t. The python that didn’t swallow a guy in India, or anywhere else.

This has created twin opportunities: the opportunity to openly buy into the hoax economy, and the opportunity to correct it. The Atlantic has been active in pointing out and explaining the origins of numerous fake stories, including a fake photo of Niagara Falls freezing over during this month’s first polar vortex, turning it into a sort of easy-to-recognize rubric. News organizations of all stripes rushed to find the origins of a photo of a 160-foot sea creature that washed ashore, leading to numerous “Giant Squid Viral Hoax” headlines.

This week, publications like Quartz and TechInAsia called out a fast-spreading Daily Mail story about Beijing residents gathering around giant TVs to watch fake sunrises during an especially heavy smog week. Today, Smithsonian.com did its part to expose a popular (and specious) theory that a ship full of diseased cannibal rats is on a collision course with the British coast.

The new hoax template is beginning to take form: In many cases, it’s a headline that speaks to the reader like an older, perhaps wiser, friend or relative would — usually some variation of “No, that thing you just read is not true. This week, Gawker debuted its own template, a recurring hoax roundup column titled “Antiviral,” which is geared toward “run{ning] down the worst hoaxes, pranks, Photoshops and straight-out lies blowing up on the internet.” And anyone can do it.

The Chinese mall suicide story, for example, was debunked extensively by Cracked. Even Facebook has been experimenting with the format. This afternoon, a member of Facebook’s data science team pushed back against a recent Princeton research study suggesting that the social network will lose 80% of its users by 2017 with its own post titled “Debunking Princeton.”

Brett Christensen, who’s been running the email and online hoax debunking site Hoax-Slayer since 2003, says the media’s recent interest in ferreting out false news spread via the social web is a welcome development. “I have noticed something of a trend for this,” he told BuzzFeed in an email. “I see that CNN even published an article on Facebook like-farming scams the other day.

I’ve also noticed that TV news here in Australia seems to be reporting more on Internet based fraud such as phishing and advance fee scams. I think it would be a very positive step if the bigger news outlets started to report more on hoaxes and scams. Wider coverage might more effectively get through to the Internet public at large.”

Christensen believes that tougher scrutiny could also put pressure on the social networks themselves — where most hoaxes tend to pick up speed — to tighten up on scams and fake news. “A lot of us have been trying for years to get Facebook to do more to stop all the disgraceful sick baby hoaxes and like-farming scams that go around the network, with little results.

Perhaps some mainstream media attention might get them to take more notice and actually do something,” he said, adding, “I would think that big news outlets could even have a team dedicated to researching and writing up such hoaxes.”

For The Atlantic’s Alexis Madrigal, the most important part of the new debunking push — and what makes this trend different from straightforward fact-finding journalism — is its ability to change the habits of readers, recalibrating their skepticism for a new set of circumstances. “Debunking jobs shouldn’t just do the basic stuff — checking out where the media came from, looking at the accounts on which it was posted, tracing the route it took to popularity — but teach people how to do it themselves,” he said.

“Once you’ve done it a couple times, the skepticism becomes reflexive. (And bonus: When something turns out to be real, you like it even more because you haven’t been duped by bullshit over and over).”