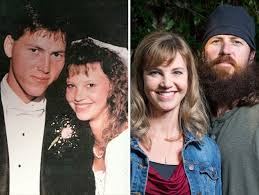 This I called the distraction of the week…

Amid the turmoil caused by the suspension of “Duck Dynasty’s” Phil Robertson in relation to an interview he gave with GQ, an outpouring of support has emerged from those defending the bearded A&E star.

Which only prompts one to wonder whether these people really know whom exactly it is they’re defending.

However real and natural it might appear, “Duck Dynasty” is a sitcom. Not all the dialogue is written, but as even the Robertsons freely admitted on the “Today” show, “They come up with ideas and we just get to be ourselves in the situation.”

So while Robertson can be taken at his word that he’s a man of faith, the character that people know from TV is just that: A character.

Other websites, some with way too much time on their hands, have meticulously detailed the staging that goes into the show. But suffice it to say that the Robertsons have thrived in part because they and their producers have been adept at making themselves seem authentic. As one reality TV producer suggested when discussing the show, even if the situations are all phony, you couldn’t create those guys.

Still, the full-throated defense on behalf of the Robertsons primarily reflects two things: The very effective tactic of making Christians feel like they are disrespected and persecuted by the mainstream media; and most germane to this discussion, the sorry lack of media literacy in the U.S., where people might insist they’re in on the gag, but if they’re seeing something on TV, they tend to assume it’s true.

At this point, the “Duck Dynasty” story has taken on a life of its own, propelled by the political aspects of the standoff – pitting anti-gay-rights conservatives against “liberal Hollywood” – and the good (or bad) fortune of happening right before Christmas, when everyone’s starved for something to talk and write about.

Yet while many of those who watch “Duck Dynasty” no doubt feel like they know the Robertsons, these characters are shaped – through editing and writing – in virtually the same way “The Big Bang Theory” or “Modern Family” is. So the guy you see, as colorful as he is, isn’t necessarily the real-life version.