By now most of us know of the enormous issue surrounding GMOs, GMO labeling, and California’s Proposition 37. Proposition 37, a bill that would require all genetically modified foods to be labeled in California, has gained tremendous support from the public.

But while an overwhelming number of individuals want nothing more than for GMO foods to be labeled, others are doing everything in their power to stop such a bill from existing.

It isn’t surprising to see biotech giants like Monsanto go against Proposition 37 and GMO labeling, but do you have any idea who else is fighting Prop 37?

On November 6, 2012, voters will decide if California’s Proposition 37 will be the first bill to require the labeling of genetically modified foods. About 18 states have made similar attempts, fighting for the labeling of GMOs, but nothing has even come close to Prop 37.

Since Proposition 37 came to light, it has received significant backing both from the public and various entities. A recent poll shows that GMO labeling is so desired that the pro-labeling side has a 3-to-1 advantage. Organic leaders supporting Prop 37 have contributed approximately $2.6 million so far, with leaders like Dr. Mercola, Organic Consumers Association, Nature’s Path, and Lundberg donating the most. But even as supporters rise up and speak out, those fighting GMO labeling aren’t even close to throwing in the towel.
You would think that donations of at least $2.6 million would be enough, and maybe it is, but the funds are nothing compared to the opponent. While $2.6 million had been raised so far supporting Prop 37, a whopping $23.5 million (for visual purpose: $23,000,000 dollars) has been donated to fighting Prop 37. Biotech giant Monsanto donated $4,208,000 alone. Here is a short list of the top deep-pocket anti-labelers and their respected donations.

It may be surprising for those just getting into the organic lifestyle to see these major corporations putting forth hundreds of thousands or in some cases millions of dollars to fight the labeling of GMOs, but it is clearly ongoing. Many companies selling organic products are actually owned by multi-national corporations; companies like Kashi, Cascadian Farm, and Santa Cruz Organic are actually child companies of giants like Kellogg, General Mills, and Smucker – all of which are against GMO labeling.

While these corporations are dumping millions of dollars to ensure the public doesn’t know about GMOs, millions of people are seeing who they truly are. Such publicity will only result in the massive loss of customers and an eventual disintegration of power. These corporations are trying to keep GMOs hidden from the public eye – it is time we stop supporting these companies, and spend our dollars with trusted companies. 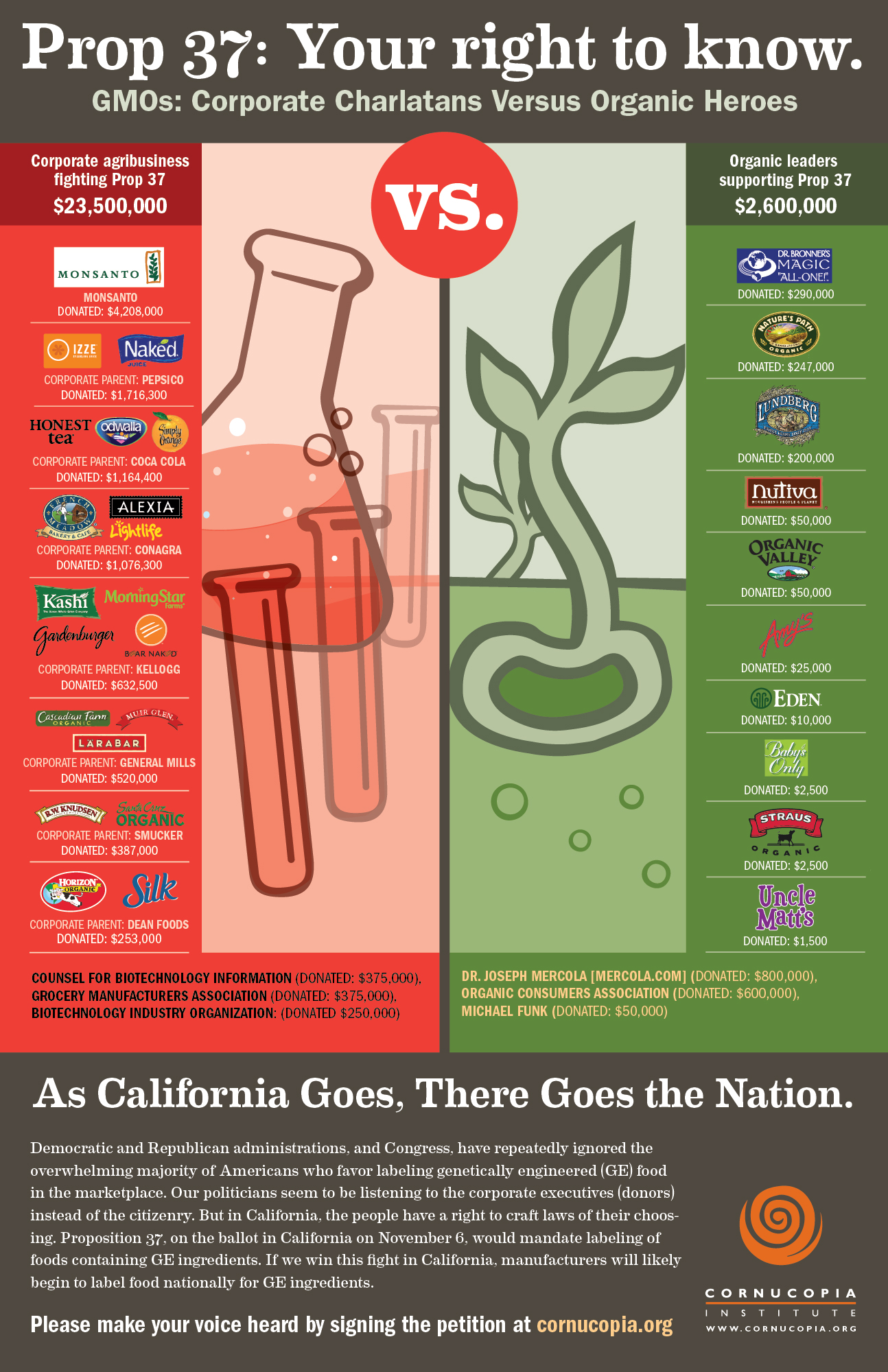