Skip to content
HomeHealthNutritionFoods Available In The U.S. Ruled Unsafe And Forbidden For Sale Else Where 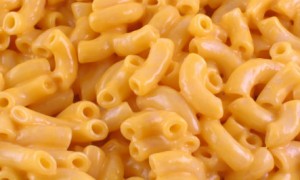 Americans are slowly realizing that food sold in the US doesn’t just taste different than foods sold in other countries, it’s created differently. Sadly, many U.S. foods are BANNED in Europe — and for good reason. Take a look at the plummeting health of Americans; what role might toxic foods play in our skyrocketing disease rates?

Below are 10 American foods that are banned elsewhere.

To determine wild from farm-raised salmon (sold in most restaurants), wild sockeye gets its red color from natural astaxanthin and carotenoids. The white “fat strips” are thin, meaning it’s lean. Pale pink fish and wide fat marks are a sign of farmed salmon.

Avoid “Atlantic Salmon.” Look for “Alaskan” or “sockeye,” which is illegal to farm and has very high astaxanthin concentrations.

Where it’s banned: The European Union

About 45 percent of US pigs, 30 percent of cattle and an unknown percentage of turkeys are plumped with the asthma drug ractopamine before slaughter. Up to 20 percent of ractopamine is still there when you buy it.

Since 1998, more than 1,700 US pork lovers have been “poisoned” this way. For this very health threat, ractopamine-laced meats are banned in 160 different countries! Russia issued a ban on US meat imports, effective February 11, 2013, until it’s certified ractopamine-free. In animals, it’s linked to reducedreproductive function, increased mastitis and increased death. It damages the human cardiovascular system and may cause hyperactivity, chromosomal abnormalities and behavioral changes. Currently, US meats aren’t even tested for it.

Mountain Dew and other drinks in the US contain the synthetic chemical brominated vegetable oil (BVO), originally patented as a flame retardant.

“The FDA has flip-flopped on BVO’s safety, originally classifying it as ‘generally recognized as safe,’ but reversing that call, now defining it as an ‘interim food additive,’ a category reserved for possibly questionable substances used in food.”

Where it’s banned: Europe and Japan

More than 3,000 preservatives, flavorings and colors are added to US foods, many of which are banned in other countries. The featured article noted:

“Boxed Mac & Cheese, cheddar flavored crackers, Jell-O and many kids’ cereals contain red 40, yellow 5, yellow 6 and/or blue 2 … (which) can cause behavioral problems as well as cancer, birth defects and other health problems in laboratory animals. Red 40 and yellow 6 are also suspected of causing an allergy-like hypersensitivity reaction in children. The Center for Science in the Public Interest reports that some dyes are also “contaminated with known carcinogens.”

In countries where these food dyes are banned, companies like Kraft employ natural colorants like paprika extract and beetroot.

Where it’s banned: Norway and Austria. Britain advised companies against using food dyes by the end of 2009. The European Union requires a warning notice on most foods containing dyes.

The European Union has never approved using arsenic in animal feed; US environmental groups have sued the FDA to remove them.

Where it’s banned: The European Union

While commercial baking companies claim it renders dough more tolerable to bread hooks, Pepperidge Farm and others use only unbromated flour without experiencing “structural problems.”

Where it’s banned: Canada, China and the EU

Olestra, or Olean, created by Procter & Gamble, is a calorie- and cholesterol-free fat substitute in fat-free snacks like chips and french fries. Three years ago, Time Magazine named it one of the worst 50 inventions ever. MSN noted:

“Not only did a 2011 study from Purdue University conclude rats fed potato chips made with Olean gained weight … several reports of adverse intestinal reactions to the fake fat include diarrhea, cramps and leaky bowels. And because it interferes  with the absorption of fat soluble vitamins such as A, D, E and K, the FDA requires these vitamins be added to any product made with Olean or olestra.”

Where it’s banned: The UK and Canada

Where it’s banned: Both are banned in parts of the European Union and Japan; the UK doesn’t allow BHA in infant foods.

#10:  Milk and Dairy Products Made with rBGH

But it’s banned in at least 30 other nations. Why? It converts normal tissue cells into cancerous ones, increasing colorectal, prostate and breast cancer risks. Among other diseases, injected cows suffer exorbitant rates of mastitis, contaminating milk with pus and antibiotics.

In 1997, two Fox-affiliate investigative journalists, Jane Akre and Steve Wilson attempted to expose thedangers of rBGH, but lawyers for Monsanto – a major advertiser with the Florida network – sent letters promising “dire consequences” if the story aired.

In 1999, the United Nations Safety Agency ruled unanimously not to endorse rBGH milk, resulting in an international ban on US milk.

The Cancer Prevention Coalition, trying for years to affect a dairy industry ban of rBGH, resubmitting a petition to FDA Commissioner Margaret Hamburg in January 2010, but the FDA sticks to its false position that rBGH-treated milk is no different than milk from untreated cows.

Action: Look for products labeled “rBGH-free” or “No rBGH.”

Read more: http://www.care2.com/greenliving/10-foods-sold-in-the-u-s-that-are-banned-elsewhere.html#ixzz2nm7N18DC
Top 15 Drugs Associated with Fatal Events:
1.  Oxycodone
2.  Fentanyl
3.  Clozapine
4.  Morphine
5.  Acetaminophen
6.  Methadone
7.  Remicade
8.  Interferon
9.  Risperdal
10.  Enbrel
11.  Taxol
12.  Acetaminophen-hydrocodone (Vicodin, Lortab)
13.  Zyprexa
14.  Vioxx (no longer available in the U.S.)
15.  Paxil
Top 15 Drugs Associated with Disability or Serious Outcomes:
1.  Estrogens
2.  Insulin
3.  Remicade
4.  Interferon beta
5.  Paxil
6.  Vioxx (no longer available in the U.S.)
7.  Warfarin/Coumadin
8.  Lipitor
9.  Enbrel
10.  Celebrex
11.  Phentermine
12.  Clozapine
13.  Interferon alfa
14.  Zocor
15.  Effexor
Using Non-Stick Cookware
The first non-stick pans coated with polytetrafluoroethylene (PTFE), better known as Teflon, were introduced in the 1960s by DuPont, who marketed this convenient, easy-to-clean cookware as a revolution for the American kitchen. Today, new research has uncovered the potential health risks of cooking food in non-stick cookware.
Studies have linked perfluorooctanoic acid (PFOA), a chemical used in non-stick PTFE coatings, to a number of health problems including cancer, infertility, thyroid problems and ADHD in children. These findings came as a shock to health-minded cooks, many of whom believed they had made a healthy choice by cooking with non-stick pans because it allowed them to prepare meals with less oil.
They had no idea that they were infusing their meals with toxins at the same time. PFOA has become so prevalent in our environment that an estimated 98% of the U.S. population has detectable levels of the chemical in their bodies.
According to the Environmental Protection Agency (EPA), DuPont has been aware of the hazards associated with Teflon since the 1980s, yet intentionally withheld this knowledge from the public. The EPA has called for a manufacturing ban on PFOA and has forced DuPont to pay millions of dollars in fines for hiding evidence
Avoid food from Plastic Containers…All plastic is made from toxic materials.
Studies have shown that these toxins can leach into whatever they come into contact with. When the compounds that make up plastic are ingested, they can cause serious health problems. Many industry-funded researchers believe that the human body can easily handle the “small” amounts (which the government insultingly likes to call “acceptably safe levels”) of toxins that are ingested from plastic. But many experts say that this excuse is just a big cop-out. If the human body wasn’t designed to ingest plastic, then no amount is good.
There’s no such thing as a safe plastic. Plastics that contain the super toxic compound bisphenol-A (BPA) have recently received widespread media coverage. As a result, many consumers have been duped into thinking that if a product is “BPA-free”it’s perfectly safe. But this is a lie.
Stop Drinking Soda Right Away
A recent study found that drinking as little as one sugary beverage per day can significantly increase your risk for a heart attacks. Over a 20-year period, Harvard researchers conducted an evaluation of 43,000 men and found that those who consumed one 12-ounce sugary drink per day increased their risk of developing heart disease by 20 percent.
Even after controlling for other risk factors such as smoking, a sedentary lifestyle and alcohol use, the risk persisted. In addition to incurring more heart attacks, these men also had more inflammation and greater levels of harmful fats in the blood. Drinking these beverages less often, such as twice per week or twice per month, did not appear to increase the risk